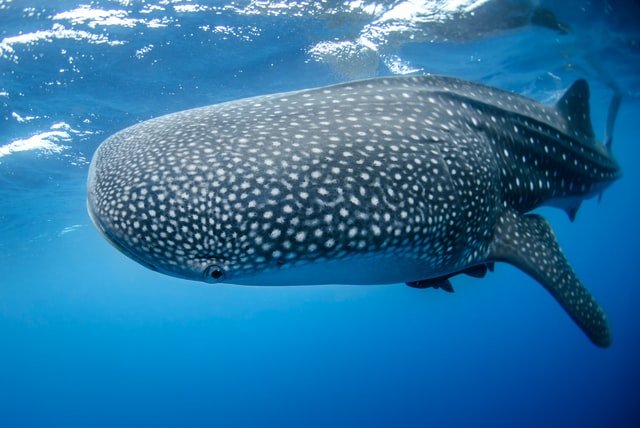 Certainly, not everything that lives in the ocean is a fish. But does this statement include the prominent members of the cetacean family? Are whales just like we humans, monkeys and other terrestrial mammals? Or, do they belong to another different class of animals than the two groups mentioned above?

In this article we provide answers to this puzzling question and also discuss conclusively (with evidence) why whales are categorized into the animal group that they find themselves in today.

Yes, whales are mammals, marine mammals to be specific. Their original ancestors were (thought to be) four-legged (quadruped) mammals that lived an entirely terrestrial lifestyle. The modern ancestors of the whales that we see today evolved from these archaic animals to become wholly water-resident, hence the name marine mammals.

Whales belong to the cetacean group of mammals characterized by 16 distinct families and two major divisions: Toothed whales and the Baleen whales.

The Toothed whales (Odontoceti) are those that posses teeth in their mouth for example, killer whales, narwhals, dolphins, and porpoises.

Baleen whales (Mysticeti) on the other hand have bristles made of keratin instead of teeth, they include humpback whales, grey whales and rorquals.

About 89 species of cetaceans are extant today, 73 of which are classified as toothed whales while the remaining are baleen whales.

The toothed and baleen whales are believed to have diverged from one another some 34 million years ago.

The largest member of the cetacean group is the blue whale belonging the baleen family. It has a possible range mass of 420,000 pounds (190,000 kg) and a roughly estimated head to tail length of 24 meters (80 ft).

The smallest is the Vaquita, a porpoise of the toothed whale group native to the upper gulf of California, it stretches about 1.4 meters long and weighs less than 40 kg.

Cetacean mammals are morphologically and structurally identified by having smooth silky bodies, forelimbs which are reduced into flippers, vestigial hind legs and elongated bodies tapered at both ends.

Why are whales mammals?

As stated earlier, all species of whales including their dolphin and porpoise cousins are recognized aquatic mammals.

Being (speculated) descendants of some skinny dog resembling terrestrial mammals, whales still retain some of the striking characteristics that set apart mammals from fishes and perhaps all other living creatures of the animal kingdom. In other words, they still retain their mammalian characteristics and identity.

The different ways in which whales retain their mammalian identities

Here are some of the traits that justifies the placement of whales (and other cetaceans) in the mammalian group.

All mammals have hairs (at least in one of their life cycle stage; be it the embryo stage, childhood or adulthood) including whales.

Yes, Whales. They have body hairs that are most visible during their embryo stages while most of this hair dissapear when they are born, although some might remain on their bodies: particularly the facial region where many species have been observed to grow out whiskers.

Only mammals have a neocortex region of brain responsible for high order brain functions such as cognition, spatial memory, learning language, and sensory perception. Surprisingly, whales have these region on their large brains too, which is why they have been classified as mammals (among other reasons).

This basically means the presence of mammary glands on the bodies of individuals (male, females or both). The primary function of these glands (which are often attached to externally visible organs such as breasts, dugs or udders, as seen in different mammalian species), is to produce and provide milk for suckling of offspring after birth. So one important trait of all mammals is that they suckle their young ones with warm milk after they give birth to them.

All whales have mammary glands for suckling their young with high-fat milk after birth.

Sweat glands are tubular structures on the skin that functions to produce sweat, and only mammals have been observed to posses them. Whales too (may) have sweat glands but modified ones, most popular in the form of the mammary gland which functions to produce nutrient rich milk for suckling their offspring. Another type of modified sweat gland in whales may be the ceruminous gland which is responsible for the production of ear wax.

All mammals have three middle ear bones which are referred to as the auditory ossicles and are among the smallest bones in the mammalian body. They include the: malleus, incus, and stapes.

Whales too have these three bones which aids in better and sharper auditory reception.

Only mammals have true and muscular diaphragm. The organs is responsible in the inhalation and exhalation of air by creating a vacuum effect to contract in the former and sort of like a fan effect to relax on the later.

Whales too have muscular and true diaphragm.

Mammals are the only members of the animal kingdom that posses molars as part of their dentition, although this doesn’t mean that all mammals have molar teeth. As a matter of fact, it doesn’t.

The molar are crucial for the proper grinding and chewing of meat or tougher materials before swallowing.

Whales too have molars but not all of them. Only species having dentition like the odontocetes or toothed group of whales which include dolphins, porpoises, sperm whales and beaked whales (among many other) have teeth and even them, only a handful of species posses molar structures in their dentition. All other remaining set of whales (which comprises the baleen whales) are effectively toothless, having baleens in place of teeth.

Mammals reproduce by giving birth to their young ones alive, and so do whales. They give birth to a single young after a relatively long period of gestation.

Whales are placental mammals which means that their embryos are nourished with the aid of an organ called the placenta.

The organ attaches from the baby to mother directly and taps essential nutrient for growth and development. Marsupials and monotremes are the other two classification of mammals based on reproductive peculiarities.

Mammals attend to their young after giving birth to them. They posses a distinctive feature known as the mammary gland (the basis for their name), which they use to produce milk and suckle their babies.

Whales have mammary gland that produce milk for their new born. They also attend to them for an extended preiod of time, sometimes as long a two years or even more, teaching them to essential forage and survive skills before leaving them to fend for themselves.

Other non-mammals like fishes, do not tend for their young ones after birth. They abandon their (precocial) babies as soon as they are born and leave them to forage and survive on their own in the scary and intimidating atmosphere of the ocean.

All mammals have lungs with which they use to breath. They take in oxygen using their nostrils and into their lungs for distribution to other body organs.

Whales too have lungs that they use to breath. But since they reside constantly in waters, they must surface consistently on a frequent schedule to catch a breath, which can be as often as every few minutes (in the case of the killer whale) or up to 90 minutes for humpback whale).

Beacuse of this unique adaptation, mammals must eat more than their non-mammalian counterparts to fuel this process, and they usually posses thick layers of fat or/ and body hair to serve as insulation.

The evidence of the land origins of whales is clearly evident in their external morphology when examinations are made closely.

Their fin-like flippers which have shortened arm bones (although without any individual digits), are an indication of forelimbs that were once used by their ancestors for walking running, and hunting on land surfaces. The internally vestigial elements found at the tapering near their tail are an indication of hind legs that their ancestors posses.

Another thing is their choice of vertical strokes when swimming as opposed to the horizontal strokes notable in fishes, crocodiles and many many aquatic organisms.

This mode of swimming can only be a proof that they once descended from terrestrial mammals that moved their limbs on a vertical plane rather than on a horizontal plane.

From land to the seas: The brief journey

While it’s true that animal life on earth began in the waters and moved off shores some hundreds of millions of years ago, It’s seemed like the archaic ancestors of whales were’t really happy about that choice and decided to recoup back into the waters. (The evolutional story of whales in summary!)

All whales are believed to have evolved from a four legged terrestrial mammal around 50 million years ago over the course of 5 to 15 million years.

The mammals, known as pakicetids, were about the same size as modern wolves, had long slender legs and long, narrow tails and were likely water waders that fed on land animals that came to the waters to drink and aquatic organisms that lived near and within the rivers.

These terrestrial mammals had a lot in common with modern whales (according to many fossil evidence) that justifies their placement as the most archaic of all whale species.

But even so, and at this stage, they looked nothing like the modern species whales and had lots of missing features like the blowhole on top of their heads and the air spaces within their jaw bones.

Over the span of 15 years (perhaps more correctly, 5 years according to new developments), pakicetids began their gradual transitions into the waters and began to look more and more like whales, untill after the end of the eocene, 35 million years ago, where they fully evolved into the first groups of modern whales that we know today.

The different evolutionary steps that paliciteds took to become modern whales include:

Ambulocedits: They inhabited the bays and estuaries of the Tethys Sea in northern Pakistan and lived in the early Eocene around 49 million years ago. They look vaguely like crocodiles; indicating that they had already begun transitioning into aquatic habitat.

Remingtonocetids: They inhabited the north and central Pakistan and western India and lived in the middle -Eocene about 49 to 43 million years ago. Through examination of fossil records, these groups were found to be more aquatic than the ambulocedits. Compred to Ambulocedits however, they had relatively shorter limbs and were considered as amphibous cetaceans based on their skeletal remains.

Protocetids: They inhabited regions in Asia, Europe, Africa, and North America and lived in the middle-Eocene about 48 to 35 million years ago. They were amphibious just like Remingtonocetids but were more aquatic compared to them — since some of their species had already lost the ability to support their body weight on land. Despite this constrain, they all gave birth on land, as was evident in the positioning of their fetus for a head first delivery as opposed to the tail-first delivery for prevent drowning. So they were much closer to the end products (the modern whales) but still had many features and traits to gain and sacrifice.

Dorudontids and basilosaurids: They were distributed throughout the tropical and subtropical seas of the world and lived in the late Eocene around 41 to 33.9 million years ago. This versions of aquatic cetaceans came a along way from the pakitices, were now more recogniseable whales and fully lived in the oceans. They also ate fishes but still lack some key features of modern whales.

Ancestors of modern whales: By the end of the late Eocene, 34 million years ago, plakacites had completed their amazing transition from land to water and were now fully formed into the modern whales that we know today. They had all the body forms and and even the sizes.

All these evolutional steps (animals) that whales took to become what they are today are what we classify as “archaeocetes” which translates to “ancient whales”.

*The above narrations are what scientists speculate may have happened. This narrative may or may not be the case.*