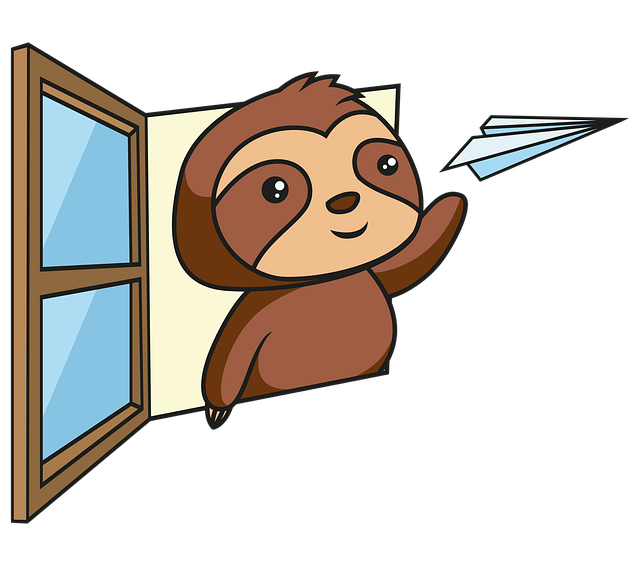 The mainstream media depict sloths as living, breathing figurines — very slow moving creatures that perfectly represent ‘lazy’ and ‘stupid’ more than anything else.

But does everything the mainstream media claim to be true, true or is there another factual twist to the sloth story? Are sloths constantly and consistently slower than a drifting iceberg (in all endeavors and in all situations) or are there instances of sloths running faster than a jubilating 10 year old?

In this article, we’ll be investigating the locomotive nature of sloths particularly the speeds they can attain in different circumstance.

We’ll try to draw conclusions as to whether or not the animals depicted as living, breathing figurines are capable of moving any faster than their norm in certain situations.

In contrast to the ultra-sluggard phantom of sloths conjured up in our minds whenever we read articles describing how naturally slow they are, sloths are actually capable of moving relatively fast when the need arises.

They sometimes attack or flee at speeds dictated to be higher than their actual speeds when responding to threats from humans or their natural predators.

Faster in the trees than on land: How fast can sloths move?

Sloths generally can’t ‘walk’ fast on land. To say that they even walk is an overstatement. They’ve lost total control of the ability to support their body weight ever since they migrated into the canopies of the tropical trees.

They are only able to propel themselves forward by hooking their foreclaws unto ground surfaces and dragging their bellies forward using their strong retractor muscles.

On the bare ground, a sloths maximum speed is around 3 meters per minute and the sloth hardly ever exceeds this estimate even when confronted by danger or reacting to a threat. For example, when responding to call from a distressed young or when being approached by an irate predator.

The average speed of a sloth on the ground is 1.5 to 2.5 meters per minute. If all mammals were set on the marks to partake in a 100 meter sprint, the three toed sloth would finish last or interestingly, 50 minutes later than 2009 Usain Bolt would.

In the trees, the unassailable home of sloths however, sloths are the fastest and agile and are capable of attaining their maximum speeds. No brainer, it’s the territory they’ve evolved to be familiar with over the years, so they are able to pull-off the most impressive and jaw dropping escape or attacking maneuvers.

Dr. Rebecca Cliffe, the Founder and Executive Director of the Sloth Conservation Foundation (SloCo), once recalled (in a blog post) the risks and difficulties she and her team encountered while attempting to sedate and tag a two-fingered sloth in the wild.

She recounted how surprisingly quickly the two-toed sloth moved on several occasions; fleeing to branch extremities as an attempt to run away from their threat; and charging confidently with an anxious mind towards the co-worker attempting to restrain her.

Sloths in the trees or on vines can reach speeds up to 5 meters per minute or more, with two toed sloths likely to be the ones to achieve this feat since they are generally bigger and faster than their cousins the three toed sloths.

Why do sloths run faster?

Sloths will usually go against the speed dictated by their anatomy and physiology for two main reasons. First is when they’re trying to escape threats, and second is when they try to defend against threats.

Sloths escaping threats (while in the trees) can do so relatively fast, and they often reach for branch extremities where it becomes very difficult for their predators or aggressors to reach them. On the ground however, their curvy claws limit their speed so that it becomes practically impossible to escape threats or even reach the speeds they easily do in the trees.

Their habitual reaction for a sloth on ground would be to remain calm and still (sometimes even when investigated very closely by their aggressors), but would not hesitate to lash out with their fore-claws and bite savagely with their teeth when they sense something more than that is about to happen. Two toed sloths, again, are more likely to respond with a reprisal first before the three toed variety.

A sloth charging towards its aggressor (in the tree or from a vine situation) can also move relatively quickly (as in the case of Dr. Donald E. Moore’s experience with a sloth on a vine), and attack super fast like thunderbolt.

Sloths are hardly able to comfortably defend themselves against their predators while on the ground, so they almost always, pitifully become the prey animals of even the smallest birds and reptiles.

A mother sloth responding to a call from her distressed baby can move quickly at speeds upto 4 meters per minute in tree situations and usually lesser on the ground.

Yes, sloths are surprisingly good at swimming. They are strong swimmers and can perform the breaststroke swimming technique at top a speed of upto 13.5 meters per minute.

Sloths swim to migrate form one habitat to the other or when caught suprisingly by a flood.