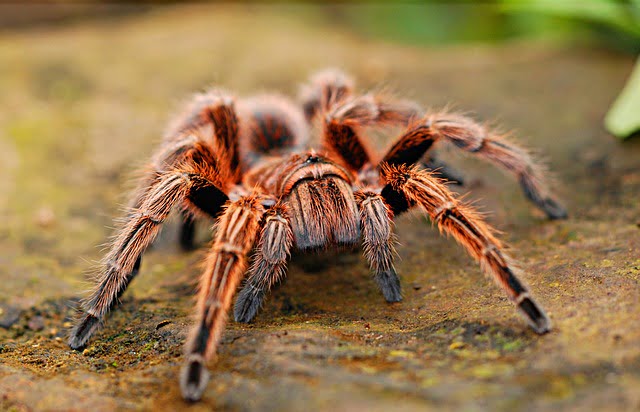 Thinking about collecting all the spiders around the house and flushing them down the drain? Read on to discover whether that’s an effective way of getting rid of them or just another way to waste time after a relaxing brunch.

How the different groups of spiders drown

From the three types of spiders, it become pretty evident that the non-swimming group of spiders are the most likely to die when fully submerged underwater in a natural situation. Semiaquatic and aquatic spiders can easily maneuver their way for survival in and out of water.

In a controlled situation however, say an experiment where all spiders from each groups are isolated and dipped underwater with no chance whatsoever to showcase any aquatic adaptations, all three spiders will perish, but the duration it takes for each one of them to do so will depend on the species representing each group.

A typical example of a non-swimming spider is M.r daddy long legs, and people from all corners around the world world would agree with me that these are the most common species of spiders found at homes.

When daddy long legs accidentally fall onto water surface, their legs instantly stick together as a result of surface tension on the water surface. They are pretty helpless and will certainly drown to death under such circumstance except when they’re lucky enough to be noticed by a kind fellow and isolated out form the water to dry. Lets be realistic, thats highly unrealistic.

Like the daddy long leg species, many other non-swimming spiders cannot maneuver their way out when they fall onto plane water surface, and if they are no sticks, twigs or a fallen branches on the water surface for them to use and pull themselves out, there is a high chance they’ll end up drowning.

Although non-swimming spiders are easily susceptible to drowning when the accidentally fall into water, the time it takes for them to give up the ghost is nothing like what we see in humans. This is also true for the semiaquatic and aquatic spiders.

Spiders, depending on species, can take anywhere from one to a whooping fourty-eight hours to completely perish underwater.

This impressive feat is made possible by their ability to lower their metabolic rate and thus their oxygen consumption, at will.

This lowering of metabolism transitions the spiders into a coma-like state, where they remain in a state of suspended animation for a prolonged period.

Most non-swimming spiders that live in submerged habitats (habitats that are constantly being flooded by water), employ this tactic to survive underwater for up to 16 hours, although a vast majority of them prefer to climb high up into the trees to reach safety.

Most terrestrial spiders that live in constantly flooded areas tolerate water to a longer extent than those living in deserts and flood free areas like our homes.

As mentioned earlier, even aquatic and semiaquatic spiders are not fully safe in controlled situations underwater, for example, those situations that restrict them for harnessing their aqua-abilities in aqua situations — lab experiments.

In natural settings however, it’s pretty hard for a semiaquatic spider to drown because of the silk water adaptations they inherited for their forefathers, all of which allows them employ waters for activities like hunting or hiding from predators.

There are three important aqua-adaptations that semiaquatic spiders have evolved overtime and these adaptations include:

First, and adding up to the fact that they too can lower their metabolic rate, semiaquatic spiders can walk on water. They use special hydrophobic hairs on their bodies and legs to take advantage of the surface tension on water surface and walk.

Some non-swimming spiders are also capable of floating on water especially the very tiny ones, but they’ll find it difficult to maneuver their way out or even walk on water.

Second, semiaquatic spiders can breath underwater. This is thanks to the same hydrophobic hairs on their abdomen that helps them trap air bubbles which feed oxygen directly to their book-like lungs when submerged. This system can stand-in for their posterior nostrils for well over an hour.

Thirdly, semiaquatic spiders will almost always float to the surface of water when submerged, unless theres a huge branch impeding them underwater. This is also possible, thanks to the hydrophobic hairs all over their bodies which trap air bubbles and cause them to rise to the surface.

Here is a typical semiaquatic spiders (fishing spider) hunting for food on water.

There’s only a single family of spiders known to fully live their lives underwater. They are known as the diving bell spiders and these creatures live in ponds, lakes and slow moving streams.

These species are able to breath underwater the same way semiaquatic spiders do, but in order to be able to live full underwater, they must build inside water oxygen tanks to serve as a consistent air supply.

The oxygen tanks are basically structures that aid them breath underwater. They consist of irregularly constructed sheets of silks and unknown protein based hydrogel spun between the stems of two or more submerged water plants and inflated with air bubble brought down from the surface of the water by the builder.

From time to time, the tanks become depleted of oxygen and the spider must replenish this element by rising to the surface of the water, collecting air bubbles under its abdomen and traveling back to the silk tank to deposit this bubble.

Door bell spiders do not only use their oxygen tanks to breath, they also lay eggs, feed, and even mate inside inside them as well. When mating, spiders often choose to d so within the females oxygen take due its much bigger and spacious nature as compared to that of the males. Their tanks are spacious by the way, because they require them to lay eggs and give room for many spiderlings to be bred.

Can spiders at home survive being flushed down the drain?

Most certainly not, spiders flushed down the drain will most likely drown to death unless they’re extremely lucky to hook somewhere else and avoid reaching the sewer.

Small spiders like the daddy long legs have zero chances of surviving being flushed. They may remain alive for longer duration, may be for an hour or so, but will eventually give up the ghosts when they become excessively deprived of oxygen.