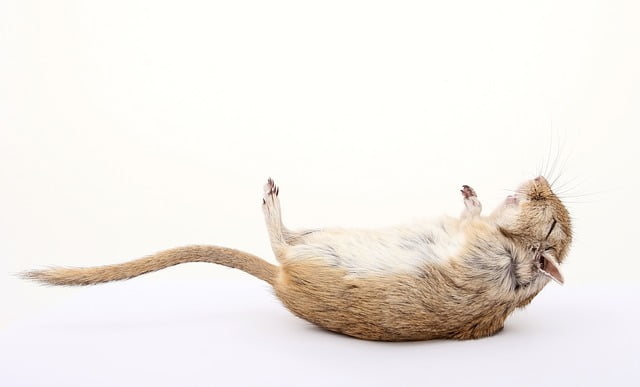 There’s a common misconception about animal hibernation that must be address before early fall approaches: that winter hibernation — that energy efficient, famine eluding and cold evading winter dormancy happens in a long, uninterrupted and unbroken spell. No pauses or breaks, just an extended piece of sleep, soothing and comforting from beginning to end.

While it’s possible to affirm the factuality of the first three, four and even five lines of sentences from the above paragraph, the same cannot be said for the remaining few lines.

Hibernation is a natural phenomenon with so many complexities and interweaves: so many inexplicable aspects exists most of which are still under scientific research. Some for the past few years while others for the past few decades!

Winter hibernation doesn’t occur in a long period of uninterrupted sleep. Hibernation itself isn’t actually sleep in the first place. It’s  simply a state of inactivity characterized by reduced physical and physiological activities.

Anyways, thats why we’re curating out this article today. To address the “sleep” misconception of hibernating animals.

Do animals wake up during hibernation?

Yes, all hibernating animals must awaken from their long winter dormancy. The frequency and duration of this periodic arousal varies with species, individuals within each species, and also with the occurring period of the year.

Why do animals wake during hibernation?

The primary reason why animals wake up during hibernation is still one the greatest mysteries that scientist are still trying to unravel till date, but as you’d expect, there are many faint theories and speculations that have been forked up in an attempt to provide a possible explanation. Here are some.

This winter dormancy has a lot of deviation and contrast, by a great margin, to the mentally controlled rpm sleep observed in non-hibernators.

So, the theory is, that hibernating animals must consistently awaken from their rest in order to repay up the enormous pile of sleep debt they accumulated while on their biological leave. They must intermittently wake from the physiological slumber to avoid any possible damage lack of sleep might cause to their systems.

While others have the opinion that animals must intermittently wake to repay the sleep debt they piled up while hibernating, some think that this strange periodic arousal happens for an entirely different reason. To fight diseases acquired before or during hibernation.

According to this theory, hibernating animals must awaken in order to turn back their immune system to fight diseases acquired while hibernating or right before their entry into hibernation.

To perform other biological processes other than sleep

Another interesting theory is that animals must awaken in order to perform essential life process like movement, feeding, and excretion: defecation and urination. But this theory seem to fall flat when stacked up against scrutiny.

First of all, not all hibernating animals defecate, urinate or even depend on a food caching system in order to successfully hibernate.

Species like bears even go the extreme and develop butt plugs to prevent any accidental pooping. Some species may move, bumble around and stretch when they awaken but never eat nor drink.

As a matter of fact, they actually have nothing to eat because they depend strictly on their fat metabolism for energy. Bears and and fat tailed dwarf lemurs are more than enough examples of such cases in the animal kingdom.

They rely solely on the metabolism of the fat tissues they deliberately accumulated before hibernation to survive. They never need to store food caches like other small hibernators do because they are able to store larger fat tissues in their bodies than them; all over their bodies in the case of Northern bears and primarily in their long, fat tails in the case of the lemurs.

They rely soley on this fat for sustenance through out winter and hibernation.

How do animals wake during hibernation?

Using energy. A lot energy. Animals use their fat reserves to warm up their bodies to euthermic conditions (or to their normal body conditions). It is estimated that about 60 to 80% of the entire energy used during hibernation goes into an animals periodic arousal.

To awaken, perhaps a certain internal factor triggers the alarm, then energy is generated by burning fat tissues within the animals body.

Vigorous and violent shaking may be observed and after a while, physiological normalcy is achieved: breathing rate resumes to normal conditions, heart rate and metabolic rates too. Body temperatures also returns to the euthermic state.

Can you wake hibernating animals?

Waking hibernating animals can cause them to expend unnecessary amount of energy and can also cause them to run short of their reserve. If this happens, then the animals may instantly perish from the action.

Some animals are easier to wake than others. Bears for example can wake after a few minutes of pushing and shoving whereas others like squirrels can be nearly impossible to wake up. They are referred to as true hibernators.

This small drop in temperature makes it easy for them to quickly rewarm their bodies and react to danger.

True or deep hibernators on the other hand, the likes of squirrels and lemurs however have a significant decrease in body temperature while hibernating.

It cause them so much energy and time to rewarm their bodies and awaken which is why they appear dead even when vigorously shaken for hours on end.

Bunu. M. (2020, June 23). Do animals wake up when they hibernate?. Retrieved from http://emborawild.com/do-animals-wake-during-hibernation/