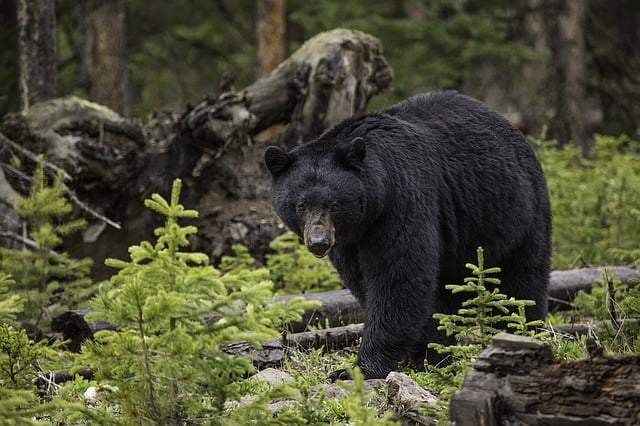 Bears are the super-duper hibernators of the animal kingdom. Their approach to winter hibernation is simply magnificent and must be commended with three powerful words: Effective, Efficient and Unique.

Bears have completely mastered the winter season inside out, even to a much greater degree than the so called “True hibernators”. They are the living maestros of the summer antipode.

In this article, we steer our attention a little bit outwards , towards the end, the anus, the poop. How bears deal with the call of nature when their rectums intertwine mid way hibernating. If you’re ready, we can begin the short and interesting journey towards the “end”.

Do bears poop when they hibernate?

No, bears do not poop when they hibernate because their bodies continue to develop fecal matter which continuously accumulate into the lower region of their larger intestine.

Hungry and starving humans do so too. They develop small fecal matter even when nothing passes through their oesophagus and settles down in their intestines. It’s an irrepressible affair of life.

When bears hibernate, for the entire period of the few days or seven months depending on the species, most of them never eat, drink, urinate or even defecate.

In place of defecation, a fecal plug, tappen, or mass of hardened fecal matter develops firmly within the colon area: the lower part of the larger intestine, near the anus.

This tappen temporarily functions like a defective house switch stuck somewhere in between the on and off position: preventing any foreign material like insects and sand from going in and the mass of internal fecal matter from going out. So bears do not defecate because of this and also as a result of the fact that they mostly eat nothing or very little during their hibernation period.

The contents of the fecal plug

The fecal plug on a bears butt contains a wide variety of matterial, but the major constituites are intestinal secretions and cells that have slough off over time.

Other components include: materials from undigested food eaten right before entry into hibernation, bear hairs, small rocks, bits of plant based bedding materials and also of their calloused foot pads and toe pads developed mid-way hibernating.

These foreign materials: hairs and calloused foot pad are primarily accumulated into the bears tappen mostly during their scheduled periodic arousal, perhaps every month or so, when they wake up to bumble around, stretch and groom.

They involuntarily consume left over hairs on their paws after grooming themselves or their cubs by action of licking. Calloused pad bits are also ingested when bears lick their not-so-tough and newly exposed foot paws that have begun sloughing mid-way hibernation.

Bits from plant based bedding materials and tiny rocks also become stubbornly incorporated into the fecal plug when bears accidentally ingest them while arranging for a denning place before hibernation.

They often carry their bedding materials of leaves, spruce bough and buff with their mouths and can accidentally ingest little particles and remnants while doing so.

Most hibernating bears do not defecate when they arouse and neither do they urinate. That’s in amusing contrast to most other hibernators, or more correctly “the true hibernators” who seem to mostly perform bodily functions like pooping, urinating, drinking and even foraging when observing their periodic arousal on a ‘very’ frequent schedule.

Waste urea (or urine) in hibernating bears is recycled into usable protein in their body, a process which could be detrimental to the health if performed in humans.

The nitrogen present in the chemical compound is broken down to build protein which in turn helps in the maintenance of muscle and organ tissues in the fasting bear.

When bears emerge out from their dens, around early spring or so, they extrude out portions of their butt plugs. The matter is deposited in the den entrance or just outside of the entrance rather than in their bedding chambers.

The concept of hibernation in bears is one filled with gripping and hypnotizing facts and information, but the addition of various myths and tales to be frank, have also made it even more enjoyable to the ears.

In this section, we take a look at some of the cooked up stories about hibernation in bears in an attempt to separate wheat from chaff and also for your own entertainment.

1) Bears wake up mid-way hibernation to lick and suck their paws for sustenance — By primitive people in the nothern latitudes.

Bears do lick their paws but it’s never for the main purpose of sustenance; the evidence is in their poop as we have discussed above.

While hibernating, and around the latter stages of winter, the calloused foot and toe pads on bears begin to flake off revealing newer, fresher and softer skin. Bears lick their foot in order to toughen them by the time they emerge out from their dens.

2) The winnebago version of the above myth is even more fascinating. That bears walk on berry fruits all summer so that they may derive their essence and then nutrient by licking their paws during hibernation.

Again, fascinating, but the truth is far from that. You already know!

3) Another interesting myth, this one has even found its way as a fact in many published scientific literatures and is one that is very relatable to this article.

Bears eat roughages (indigestible food) all fall in order to cleanse their digestive tract and form a plug in the anus which keep them from eating anything for the rest of that fall. This myth was meant to stand in and provide explantation for the fecal plug developed within the colon areas of bears during hibernation. But as you have read from the explanations above, that is simply not the case.

Bunu. M. (2020, June 22). Do bears poop when they hibernate?. Retrieved from http://emborawild.com/do-bears-poop-when-they-hibernate/