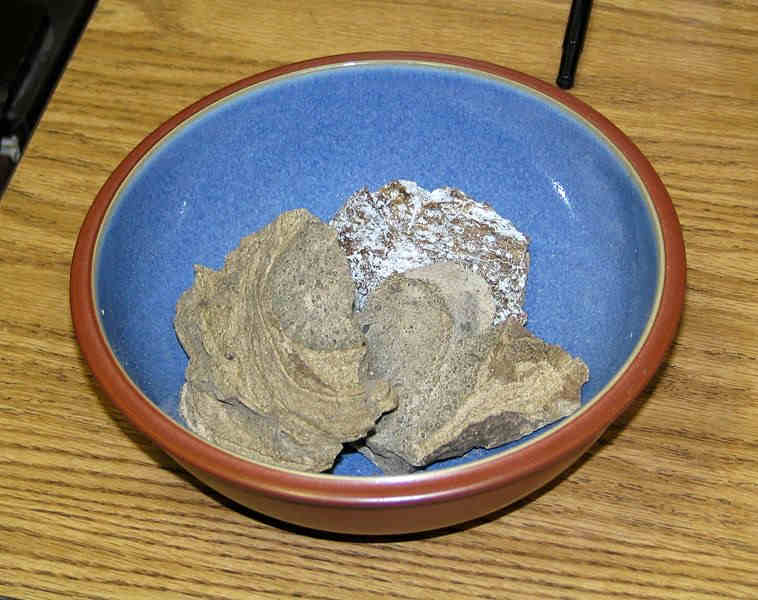 The gross stinky retch up of a sperm whale is an extremely recherché commodity highly sought after by exotic perfumers around the world.

Learn more about this sacred product, why and how its formed, and how much money is involved should you ever discover a mass lying plainly along the coastlines.

What is whale vomit?

Whale vomit is a grey lumpy substance regurgitated from the intestinal tract of a sperm whale (Physeter catodon).

Yes, sperm whales not blue whales, killer whales, bermuda whales or whatever species of whale the mind can think of.

Sperm whales are the only species of whale that are capable of producing the substance responsible for this vomit; ambrein, just like the way different organisms biosynthesizes different compounds.

And among the individuals that make up the entire population of sperm whales, only one percent of them are know vomit this lump of mass or rather are known to vomit in their lifetime.

Whale vomit, despite its name can also be excreted as fecal matter in addition to spewing from the guts, through the mouth, and out into the tides. The gross when expelled from the intestinal walls travel all the way to the surface of the ocean and floats continuously until deposited ashore or along coastlines.

It starts out as a pale white, soft, fairly waxy lump of shit, (it smells so too), and develops into a hard, gray or yellow lump filled with a subtle earthy scent, overtime.

Lumps washed ashore often look like fossil deposits, and can take several years to reach there in the first place.

In scientific perspective, whale vomit is referred to as ambergris, named after the amber gemstone that washes up along the shores of the North Sea because they too were also occasionally found there. The name ambergris is derived from the french words for “gray” and “amber”. Some scientist also refer to these disgust as “floating gold”. You’ll know why in a minute.

Why and how is whale vomit formed in a sperm whale?

In situations when these beaks are accidentally swallowed into gut, a substance know as ambergris is secreted to completely cover them in order to allow for their harmless passage through the intestines. This helps prevent scratch or wounds to the surface of digestive organs.

Ambergris mass that are too large to be passed through the intestines are usually expelled through the mouth. Thus, the reason why its sometimes called whale vomit.

Ambrein is the main constituent of ambergris; the whale puke. Very little is known about how ambrein itself is made, but scientist do know that when a sperm whale regurgitates or excretes this substance, the semi-solid lump is a mixture containing ambrein, animal horn and a digestive product known as epicoprostanol.

Abergris can come in different shapes and sizes ranging from as little as 15 g to a whopping 50 kg, and on rare occasions even bigger. One extraordinarily large ambergris found by three fishermen in Oman weighed 80 kg.

A majority of the applications of whale vomit happened in the 18th and 19th century when exploitation and hunting of sperm whales specimens was legal in most regions.

Nowadays, because of the strict laws prohibiting the hunting of sperm whales and trading of their products, ambergris has now become extremely rare and its use deteriorated by a large margin.

Most ambergris found today are lucky discoveries of passer-by on shores or afloat, from illegal exploitation of sperm whales, or legally from the abdomen of dissected individuals in the few countries that allow sperm whales to be hunted.

1) Ambergris was/is used as a fixative by many expensive perfumers such as ‘musk’, in order to prevent their fragrance from evaporating. In other words, it made fragrance last longer which made products superior and therefore more expensive.

2) Ambergris was also used as an aphrodisiac in earlier centuries to increase sexual desires during intimacy. A study conducted on rats in 1995 showed that ambergris acted as sexual stimulants [1].

3) Ambergirs was/is used in the eastern part of the world as a spice in dishes and flavor in both food and drinks. Ambergris served with eggs was reported to be the favorite dish of king Charles II of england in the 1660’s. Ambergris is also added to chocolate, coffees, cocktails, and many dishes for the distinct dimensions of richness it adds to them.

4) Ambergris was/is used by Egyptians as incense and for scenting cigarettes.

5) Ambergris was used by European people during the black death plague in hopes of preventing them from contacting the disease.

6) Ambergris was used by people of the middle age as medicine for headace, colad and epliepsy.

How much is whale vomit worth?

Ambergris is worth more than gold and truffles. And just like gold and other precious gems, size is also a critical factor in determining how much a lump of ambergris is worth, if at all it’s the real deal since it is rarely found nowadays, and most are either unrelated materials.

Whale vomit is an extremely valuable item simply because of its rarity. Intense exploitation of sperm whales in the past have lead to moratorium in different regions which banned their hunting and trade of any by-products linked to them.

This has made ambergris very difficult to find and therefore an extremely valuable assets to posses. The fact that ambergris is able to make perfume mix last for longer durations is another reason why it’s valuable. Long lasting fragrance means superiority which naturally commands high price, although nowadays synthetic versions are mostly used to supplement for the scarcity.

1) Ambergris was once thought to be products of underwater volcanoes, droppings of sea birds, and substances swallowed by whales while feeding.

2) Ambergris is banned in many countries including australia and the united states. It is however, legal to posses in the united kingdom, france and switzerland.

3) In the 18th and 19th century, hunting and exploitation of sperm whales became so rampant that their populations were listed as endangered by the succeeding century. This lead to the enactment of laws that banned their hunting and the trade of any by products associated with them, including the famous and expensive ambergris.

Bunu. M. (2020, May 11). Whale Vomit: Everything you should know. Retrieved from http://emborawild.com/whale-vomit/