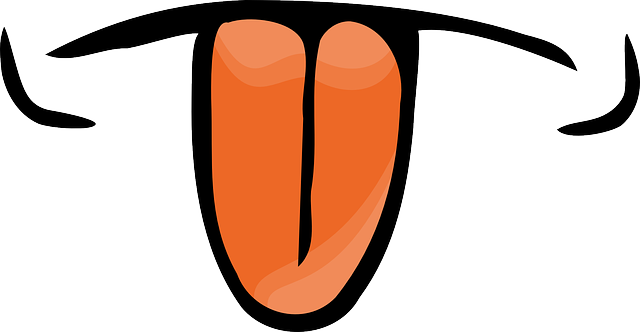 In this article, you’ll learn about the holders of the first and second position when it comes to tongue length relative to body size. You’ll also learn about the distinct and gigantic tongue of the largest animal in the world; the blue whale, as well as some interesting facts about tongues relating to members of the animal kingdom.

What animal has the longest tongue?

The mammoth species of the animal kingdom: Blue Whales, have the longest tongue of any animal.

With respect to body proportion however, chameleons have the longest tongue of any living species, with their tongue stretching as far as two and a half times the length from snout to cloaca (which excludes the tail).

Chameleons have the longest tongue of all animals with respect to body size. The tongue of smaller chameleons (both smaller species and smaller individuals of the same species) can stretch as far as 2.5 times their snout to cloaca length, while those of larger chameleons stretch between one and a half to two times their bodylengths.

To put that into perspective, the normal human tongue is only about one-thirteenth (1/13th) the total “length” of an average adult male. An equally proportionate tongue in humans would be the equivalent of six human babies stacked up (at full stretch) one on top of the other. Excuse for the strange choice, my baby is giving me serious headaches these days.

The tongue of a chameleon basically resembles the shape and structure of a microphone cord when stretched: a long, hollow body with a fat sticky head at the tip.

Chameleons are able to contain these extended structures in their small mouths by pressing and sheathing them over a long tapered bone structure (visible when the chameleon stretches its tongue to feed), much like a person compressing a lengthy spring with a stick inserted at the middle.

The entire assembly is then rested at the bottom of the mouth so that it fits neatly and snugly without obstructing other daily activities like chewing and swallowing.

In the wild, chameleons feed mainly on small insects such as butterflies, grasshoppers, crickets, caterpillars and ants, but larger species or animals may occasionally feed on lizards and young birds.

To do this, they use their long and powerful spring-loaded tongues to shoot, capture and retrieve their target prey located some few inches away.

While chameleons are mostly observed to feed on smaller land creatures such as bugs and crickets, some of their insect preys can sometimes weigh as much as one third their entire body lengths.

In preparation to nab up their insect dinner, chameleons raise the bone structure serving as the base of the tongue assembly above their lower jaw, bringing the tongue in closer proximity to the front of the mouth.

Then, they contract the muscles in their tongue, similar to when a person pulls back the string of a bow, and then release the tongue muscles which allows the tongue to spring forward and snare up the prey.

The sticky surface at the fat end of the tongue along with some suction shaped muscles around it keep the insect firmly in place while its retracted back into the mouth with the aid of some muscles in the tongue.

The chameleon tongue consist of a sticky tip for holding insect preys firmly in place, accelerator muscles that quickly create the power to launch the tongue at their prey, and retractor muscles that help bring back the tongue to its initial assembly.

The top performing chameleon tongues can go from 0 to 60miles per hour in a mere hundredth of a second, that is about 264 times the acceleration due to gravity.

Depending on species also, the entire period from tongue shot to retraction can last only a few tenths of a millisecond.

Smaller chameleons (both smaller species and smaller individuals of the same species) generally produce the fastest acceleration, power and stretch compared to their larger counterparts, which gives them a subtle edge when competing and searching for food.

For quite sometime, biologist have puzzled over how the acceleration muscles in chameleon tongues were able to generate such huge amount of projection power (up to three times the maximum capacity of any vertebrate muscle) to enable quick capture of their prey. After all, chameleons are cold-blooded vertebrates too.

In the end, it turned out that the chameleon tongues actually did not actually defy the principles of power production in muscles, and that their tongues mostly relied on the sheath of elastic collagen present in them to generate projection power, instead of simply relying on pure muscle power.

This enabled them to generate power outputs nearly three times greater than those possible via muscle contraction.

The elastic collagen present in chameleon tongues compress and store potential energy whenever the tongues are retracted into the mouth, much like compressing a piece of string. When the chameleon gets ready to shoot and nab its prey, it doesn’t rely as much on its accelerator muscles. Instead, its relies on the stored potential energy of the elastic collagen present in the tongue to generate power and blaze acceleration.

This also explained why chameleons appeared to have little or no reduced muscle activities in colder climates, contrary to what other cold bloded animals experience.

They rely mostly on the elastic collagen in their muscles to generate power and not the muscles themselves which can get stiff as a result of the cold climate.

After chameloens, the tube-lipped nectar bat species have the second longest tongue of any animal in relation to body size. They also have the longest tongue of any known mammal. Their tongue can stretch up to 1.5 times their total bodylength (about 3.5 inches) and the base is rooted deeply into their rib cage.

Necter bats feed primarily on nectar, pollen, flower parts, insects and fruits and they use their long, extendable tongue to probe deep into flowers. Their tongues are morphological features believed to have evolved as an adaptation to nectivory (sucking nectar).

The amazing tongue of the gigantic blue whale

Measure tongue length without any size or body restrictions and we have an unassailable winner right underneath the seas. The blue whale!

These creatures are massive, stretching up to 98 feet in length and weighing approximately 190 tons, and are believed to be the largest animals known to have ever existed on earth. (You don’t expect their tongue to look like the leaves of an okra tree do you?)

Their tongues (at 2.7 tons) weigh as much as an adult land elephant and they are the longest of any animal regardless of body size. Blue whales use their tongues for swallowing their relatively small and almost exclusive marine diet of tiny shrimp-like animals called kills. A blue whale can consume about 4 tons of krill in a day to keep their body metabolism revving.

Some interesting facts about animal tongue

Bunu. M. (2020, April 18). What animal has the longest tongue?. Retrieved from http://emborawild.com/what-animal-has-longest-tongue/