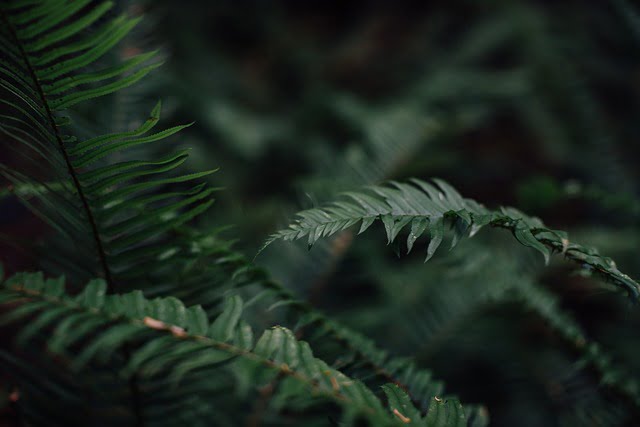 What animals live in the amazon rainforest?

The amazon rainforest, best described as the breathing lungs of the world, is the most biologically diverse land area on the surface of the earth. Some of the major wildlife that inhabit this region include sloths, monkeys, jaguars, manatees, tapirs, anacondas, and rodents.

What is the Amazon Rainforest?

The Amazon Rainforest, otherwise known as Amazonia, is a wet and humid tract of natural forest found in the continent of South America. It’s the largest rainforest and river system in the world and houses a wide array of biodiversity including low level organisms like algae. The amazon rainforest is realm to millions of plant, tree and animal species with a vast majority of them still undescribed by science. It is estimated that about 1 in 10 animal species and 1 in every 5 bird species in the world lives in the Amazonia.

About 2.5 million insect species, 3000 fishes, 427 mammals, 1294 birds, 428 amphibian and more than 370 different types of reptiles have been identified in this unique biome as of the time of writing.

The amazon rainforest spans across the territories belonging to nine developing nations which includes, Brazil, Bolivia, Peru, Ecuador, Colombia, Venezuela, Guyana, Suriname and French Guiana; an overseas territory of France. It covers about 40 percent of the total land area of south america, with the majority of the forest located within the boarders of brazil (58%).

The mighty splendor of the Amazonia is characterized by tremendous biological diversity, heavy rainfall (around 80 inches per year), moist and cloudy atmosphere, warm temperatures between 65 to 78 degrees Fahrenheit and a relatively high humidity (up to 85%) that overshadows this temperature to make the forest feel much hotter — perfect conditions for growing algae.

The animal diversity of the Amazonia include mammals, insects, arachnida, birds, reptiles and amphibians. Some 30 million humans also inhabit areas in and around the Amazon and derive sustenance from its resources.

Some notable animals of the Amazon rainforest Sloths are one of the slowest animals in the world but when it comes to our list, they’re definitely number one.

Sloths are mammals that live almost entirely in the trees; feeding, sleeping, nurturing and evening mating there. They only descend from the safety of the canopy to the forest floors whenever they need to take a shit or switch from their current habitats. Two toed sloths drop their bomb shell right from the safety of the canopies so the first example doesn’t even apply to them.

Sloths are one of natures most slowest animals in the world all thanks to their extremely poor eyesight and low calorie diet of tropical leaves and shoots which supplies them very little energy for daily work.

This strange habit, call it whatever name you like, is one of the two effective ways that sloths use to camouflage themselves from predators, the other way is the quite lifestyle they adopt in the canopies of the tropical trees. Sloths are mostly preyed upon by harpy eagles which are next on the list.

Harpy eagles are one of the largest (if not the largest) birds of prey that inhabit the Neotropics. They are super powerful birds that mostly prey on medium sized mammals like arboreal monkeys and sloths.

Adult females (typically larger than their male counterparts) can lift sloths and arboreal monkeys weighing up to 7 kg in body weight, which is nearly about her size.

Males usually go for half their body sizes. Harpy eagles derive their names from the ancient mythical creatures, the harpies, which are depicted as half human and half vulture in mythical literatures.

They are called glass frogs because they can literally be seen through from their transparent quartz pebble-like underside like a glass. Their heart, liver and kidney are all visible when viewed from this perspective.

Glass frogs are arboreal, just like sloths, and mostly come out during the mating seasons to interact. They are mostly preyed upon by birds, snakes and other mammals. The heaviest and the longest species of snakes actually live, breath and squeeze medium size mammals to death in the amazon rainforest.

They are also known as common water boar and are non-venomous. Anacondas live in swamps, marshes, and slow-moving streams in the amazon rainforest. Be careful when you go there.

Females typically weigh and grow more than their male counterparts and may occasionally pounce and feed on the latter during food scarcity. Anacondas typically feed on anything they can over power, from birds to small and medium sized mammals. Jaguars are large felid species or members of the big cat family that can also be found in the Amazonia. They are in fact, the third largest felid species in the world after tigers and lions.

They’re apex predators in this region that would use any little advantage to stalk and pounce on their prey animals which include: pooping sloths, monkeys, deer, anteaters and sometimes domestic animals like horses and cattle.

Jargurs are primarily crepuscular and nocturnal, a behavior that coincides with the activities of their main prey species.

They are also known as a keystone species because they help stabilizes the ecosystem and regulate prey populations within the rainforest. The Anteater is one of the two relatives of the sloth with a long snout protruding from its face. It has a very slender tongue that can stretch longer than the length of it’s head and uses it to mainly pick up ants and termites from the ground and within burrows or ant house.

Anteaters are solitary creatures that are territorial and are known to vocalize occasionally. When picking a fight with intruders, anteaters may occasionally maneuver themselves onto the backs of the opponents and ride on them.

Anteaters like the sloths, have poor eyes sight, but good sense of smell that they use to feeding and smelling predators from afar. Anteaters can defend using their curved sturdy foreclaws.

Pink river dolphins are some weird looking dolphins found in the amazon rivers. They are mammals that are enormous in weight (up to 400 pounds) and males typically have the prominent pink melanin that is used to describe the family name.

Pink river dolphins feed on different fish species and see turtles in the rivers. Pink dolphins can have up to 28 to 30 teeth on their long snouted mouths.

Piranha are a group of fish that look like they are constantly pissed off for no reason. The fishes have a finely serrated teeth and are known to pack one of the strongest bites among all living species of bony fishes.

Piranha are very aggressive and are known to damage fishing gears, steal fishermen baits, eat their catches and sometimes even bite when captured. Piranha teeth are mostly used as tools by humans for craving out wood or sharpening darts. As evident from their name, this species of fish are electrically ‘hot’. They are capable of producing low voltage and high voltage in water mediums, and this is particularly useful for predation as it allows them to be able to control the nervous systems of their preys and prevent them from escaping. Eels can also send wave of low to high voltage shocks when disturbed by aggressors. What’s possible more beautiful than the frog made of glass that we mentioned above? The poison dart frog of course! This species of frogs are found in different shades of cryptic coloration (a way of warding off predators) and often operate during the day time near rivers and freshwater marshes.

Don’t be deceived by their brightly colored bodies however, as evident from their names, some species of these frog are highly toxic and can secrete toxins on their skins which are capable of killing ten to twenty men or the equivalent of ten thousand mice under short period of time.

Bunu. M. (2020, May 24). What animals live in the amazon rainforest?. Retrieved from http://emborawild.com/what-animals-live-in-the-amazon-rainforest/