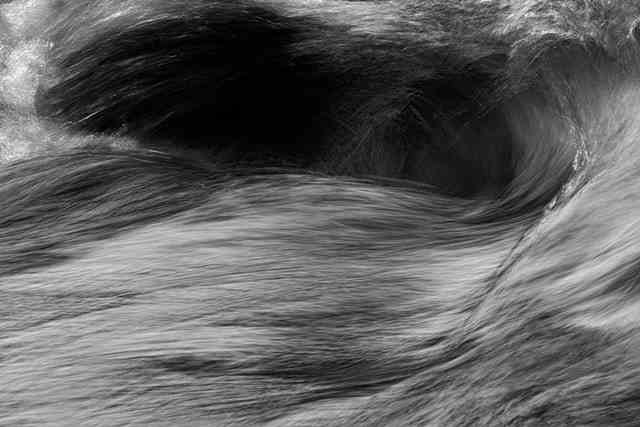 I swear, the first time i had my eyes on a wild polar bear, — a satiated male boar, i thought the strands of hair on it’s pelage were cream white in appearance.

This happen back then in April 2010 (the sun season), when i had the opportunity to become part of an expedition headed for the Arctic circle through the Canadian borders.

I saw the male polar bear in all it’s yellow and majestic glory (and dirty, browny underside), after being desperate for a quick relief, since every dam thing that existed at the left side of the arctic border was hell expensive! Seeing the polar bear was just the perfect relief that i needed then and there.

Harking back, and based on my first impressions, i could have easily concluded (in any of my written works) that polar bears are yellow and that the “white polar bear” images circulating around the web are nothing but masterpieces created using the famous photo editing software — photoshop.

But now i’ve come to realize the truth. That thinking couldn’t be more wrong! Big thanks to certified experts and researchers for making realize though.

What color is a polar bear fur?

Wild polar bears have very thick fur that helps keep them warm in the extra-frigid conditions of the polar arctic. In fact, they have two distinct layers of fur that help them achieve this.

Second is a much shorter and softer layer of underfur whose primary function is to keep the bear warm. This layer serves as a dense comfy sweater that helps regulate heat exchange between polar bears and their surroundings, thereby keeping their bodies warm and at a constant internal temperature.

Both the guard hair and underfur consist of individual strands that are transparent and free of pigment.

Each hair strand also contains a hollow core at the middle which reflects and scatter visible light to deceive the naked eyes into thinking that the animals have white pelages. The phenomenon is called structural coloration and is mostly observed in the plumage of birds.

The hollow core in the middle additionally helps to trap warm air against their bodies and keep them warm and cosy at all times.

The furs of polar bears can also trap environmental impurities and even breed species of myriad organisms when conditions are right (as a result of the hollow core in them).

In captivity or zoo environments where climates are mostly humid and favorable, polar bears occasionally grow certain species of algae that gives their pelages a dark greenish-tinge.

In their normal habitat of the arctic circle and especially during spring and late winter periods, polar bears may appear to have an off-white or yellowish body fur as a result of fat stains from their prey of seals.

The only period when polar bears appear the whitest (close to, but not a snow white appearance) is right after the molting season: In the late summer after shedding most of their old body hairs to grow out new ones.

Their pelages during this period appear most clean and white but notable shorter than in the feasting or spring season.

During summer however, most polar bears can be seen in various shades of black or brown especially if they’ve been onshore for a longer duration, scratching an resting on dirt or brown soil.

Polar bears are more densely and evenly furred compared to other members of the ursidae family (other bears). Even their foot pads may be completely covered with fur during the winter season, providing heat insulation and a more secure purchase against the slippery surface of the sea ice.

The color perception of polar bears doesn’t only stop with season and regions. Polar bears may take on the yellow-orange hues of the setting and rising sun and the blue of sunlight filtered through clouds and fog [1]. So the appearance of their coats from your perspective will depend on the angle of sun, time of the day and even on cloudiness.

This was exactly the deceptive factor that made think polar bears were yellow!

In terms of heat regulation, the two-layered coat of polar bears offer a superb insulation between them and their surroundings. This coat helps keep them warm and cosy in the crazy environments of the arctic, prevent heat loss to the surroundings and protecting their skins against environmental factors such as sun, ice and snow.

Polar bear fur isn’t the only mechanism that helps insulate them from the ice-cold conditions of their habitat.

Right underneath the underfur is a dark colored skin that ‘supposedly’ helps them absorb warmth from their surroundings and stay warm. The dark color of the skin contrasts greatly with the white to cream yellow color of the body fur but serves similar function to it.

Underneath the black layer of skin is a thick layer of body fat that can measure up to 4.5 inches in depth. Its main function is thermoregulation, especially in situation where the outer body covering acts as a poor insulator i.e. while swimming.

A polar bear’s thermoregulation mechanisms; the coat, skin, fat and body design, are so effective at conserving body heat that polar bears are more likely to get overheated than they are to get frozen in the frigid conditions of their habitat. That’s the reason why polar bears try as much as possible to avoid running or being aggressive unless the situation really demands for it i.e when defending a mate or protecting their hard earned food.

The thick layer of fat in polar bears also serve as a useful energy reserve in periods where food scarcity may persist. Polar bears can use them to generate energy and maintain a normal body condition, and surprisingly for up to six months in a stretch depending on how thick or amassed the layer of fat is.

Pregnant females often fast the longest. They enter into dens around early November or so and fast their way through and out of pregnancy while living only on their fat reserves.

Their newly born cubs also depend on the energy generated form metabolizing the fats for milk production. After emerging out of their dens with their cubs, mother bears can loose as much as 17 to 27 % of their body weight prior to den entry.

Polar bears usually accumulate a huge portion of this fat during the feasting or spring season characterized by abundance of seal prey.

After a successful kill, polar bears remove the fat layer (or blubber) from beneath the skin of the freshly killed seal and feast on it almost immediately, since its supplies them with the most amount of calories.

They are capable of devouring over 100 pounds of this blubber in one sitting, and adding it directly to their own body fats: building on their current depreciated fat reserves against the scarcity of food resources they are likely to face in summer.

In addition to the fat thermoregulation mechanism, polar bears also regulate heat loss to their surroundings by having a relatively small surface area to body ratio (or by being large), and having small round ears and short campact tails. These features help eliminate heat loss via extremities.