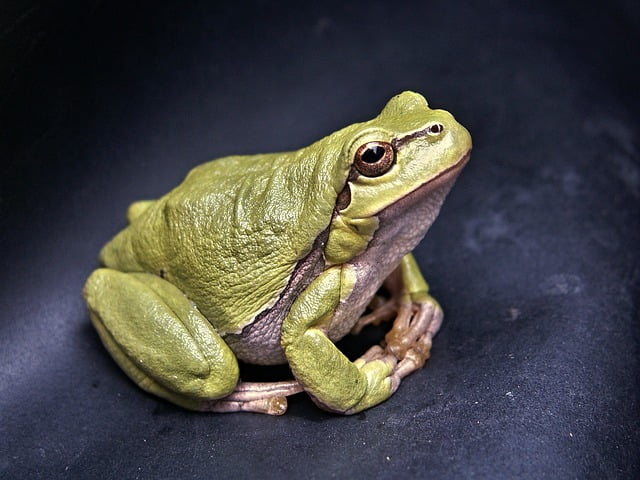 Each and every year, more than 3.2 billion edible frogs are harvested for their attractive muscular legs worldwide.

The mildly-flavored, chicken textured and fish tasting nutriments of their hind-legs is an excellent source of protein, vitamin A, potassium and omega-3 fatty acid, and this is part of the reasons why the french, chinese and other european populations have learned to incorporate them as a popular staple within their diets.

But these regions aren’t the only ones totally devoted to reducing the populations of edible frogs in their modal habitats and around the world. They are not the only populations that love to enjoy the tasty nuggety legs of terrestrial and aquatic ‘Anura’.

Other ravenous lifeforms widespread across the perimeters of the wild — from the fresh water and terrestrial habitats of the tropic regions to those of the subarctic and other land masses outside of these partitions, also depend heavily on frog species for their daily and year-round sustenance.

In this article, we’ll be discussing the different animal species that are known to actively prey on frogs in the wild. We’ll also be listing out some of the avid and keen defensive mechanism that are used by many frog species in order to escape and ward off predators.

Due to their very pronounced distribution across the globe, frogs are consumed by a wide variety animals worldwide.

Even bigger and much stronger species of frogs like the African bull frog pounce and kill other smaller frogs. So many species in the wild derive sustenance from aquatic, semi-aquatic, terrestrial, arboreal and burrowing species of frogs.

Some species of frogs are known to be highly poisonous when ingested into the body, but most of their natural predators are able to tolerate the noxious effect of their skins and are able to consume them perfectly whole without any issues.

Most mammalian predators in the wild usually hunt and kill frogs as a ‘diet of last resort’: when meaty and more bulky volume of medium to larger sized animals are difficult to kill or unavailable.

What eats frog eggs and tadpoles?

Prey frogs are consumed in all stages of their lifecycle. Frog eggs and tadpoles in particular are feasted upon by leeches, birds, dragonflies, salamanders, diving beetles, larger water bugs, spiders and small school of fishes.

These predators gain access to the frog eggs and tadpoles as they float continuously in large clusters near the surface of water.

The aquatic larval stage of dragonflies is also occasionally documented to prey on one or more of the rear legs of a growing tadpole. While the affected leg(s) may re-develop in some lucky frog species, in some, it doesn’t, and the resulting frog is forced to live out its normal lifespan with a reduced number of limbs.

Still in their tadpole stage, frogs are also preyed upon by a certain type of parasitic flatworms (Ribeiroia ondatrae) which digs into their rear, causing rearrangement of some of their internal cells which cause the affected frogs to develop one or more extra legs.

For some frog species like the leopard forgs, the mortality rate of young is high with up to 95% recorded — According to the animal diversity web.

Popular frog species and their predators

The Erythrolamprus epinephalus, which is a specie of snakes preys primarily on poison dart frogs, and have immunity to the extremely potent toxins they secrete on their skins.

What eats frogs in the rainforest?

What eats the red-eyed tree frog?

People often think that frogs have zero defensive mechanisms due to their small size, slow movement and lack of defensive structures like claws or spines, but this seemingly true notion is far from the truth.

Frogs do have adaptations to predation. And in fact, a variety of them. They use all sort of methods from behavioral, physical, to physiological mechanisms in order ward off or deal with predators. Here are some of their defensive and protective mechanisms.