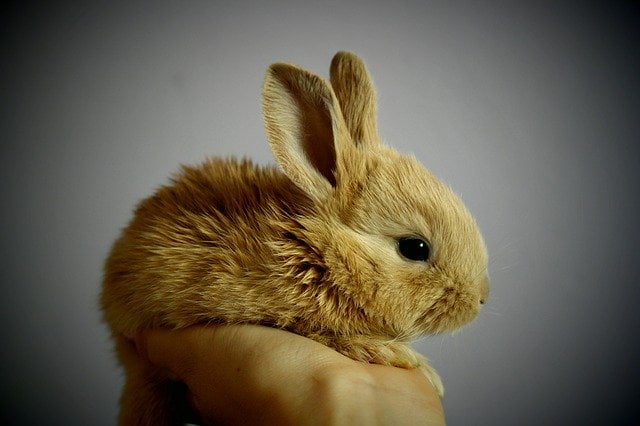 It’s difficult for we (rabbit lovers) to imagine any rabbit as a potential prey. One hungry irate predator chasing down the rabbit like the shadow of a formula one race car and eagerly thrusting its egg-shaped body as soon as it quickly attempts to vanish into a thin intricate burrow.

Lying stunned, overturned and completely baffled by the encroaching situation, the rabbit’s neck is quickly seized by two mucky canines and a thousand and one bones are swiftly shattered. The once immaculate and melanistic pelage is now beginning to drench in warm blood and murky saliva.

The victim, now only few minutes away from greeting its ancestors, is raised pitifully by the skin of its neck and is now dangling freely like the ripe fruits of an avocado tree. Strength, vision and breath fails it. A desperate kick is shot into the air as weak attempts are made to draw in the receding air. Slowly and steadily, darkness sweeps in.

And thats the end. The rabbit is dead. It has been murdered. An unlucky parent ‘doe’ whose acute vision and responsive ears failed pitifully at a very crucial period. An innocent young mother whose agility and fast-paced nature betrayed her at the most delicate of stages. She’s a loving mother of eleven kits and now her bunnies are in grave danger!

This unbearably aching yet important episode of mother nature isn’t one that doesn’t occur every so often in the wild. Wild rabbits are a generous and tasty plate for many medium to large sized carnivores at different corners around the world.

Adults make a quick, easy and tantalizing prey due to their rudimentary pack of defense mechanisms and their baby bunnies are of course, well,  ‘a walk in the park’ for even the tiniest of terrestrial carnivores.

In this article, we’ll be listing out and briefly discussing the different species of animals that naturally prey on wild rabbits in their habitats. In the end, we’ll conclude with a brief list plus excerpt of domestic animals that may occasionally hunt and kill rabbits as well.

Most carnivores that are bigger than rabbits and also have rabbits spread everywhere within their modal habitats eat rabbits. The common predators include mammals such as: foxes, wolfs and ocelots, birds of preys such as: eagles, hawks and crows, and reptiles such as snakes and land lizards.

Dead and decaying rabbit carrion are also consumed by fire ants and carpenter ants. Those notorious decomposers seem not to leave anything behind.

Young rabbits are especially vulnerable to depredation events as they have very limited pace and strength and are often negligent of predatory avoidance just like most other altricial young.

Below is a brief but concise information on the wild rabbit predators.

The predators of rabbits

Before we go straight into the predatory  adaptations of rabbits, there’s something that needs to come out crystal clear. Rabbits are generally considered as prey animals: which means that they have many natural predators in the wild that seriously rely on them as a heavy part of their sustenance.

Because of this naturally high rate of predators that count on rabbits to fill up their dinner plates, female rabbits have evolved a relatively short period of gestation which produces a large number babies per litter after birth. The gestation period is usually less than or equal to a month and the litter size usually falls between 4 to 12 kitties.

Additionally, female rabbits are also capable of reproducing all year round and as soon as 3 to 8 months after their births and one day after giving birth.

In a single year, a mother rabbit under adequate conditions is capable of giving birth to 60 babies or kits.

This quick mode of reproduction and a high number of litter size helps to strike a even balance with their heavy rate of predation and ensures that generations are sustained. (I forgot to mention the quick duration for mating which is equivalent to premature ejaculation in humans.)

Now, back to the rabbit adapatations.