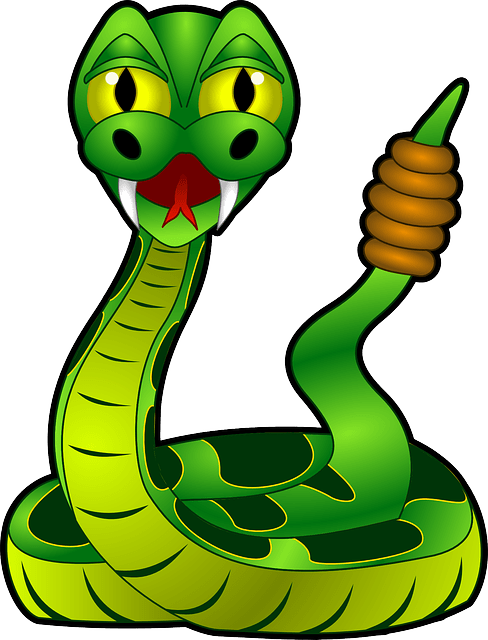 Ophiophagy is the special term for animals that love to enjoy the elongated, legless and slithering bodies of snakes in their diets. The animals themselves are called ophiophagous animals.

Many distinct and impressive variety of snake species persist in our continents today with the exception of Antarctica and a few isolated land masses — snakes are absent in Antarctica due to it’s frigidly cold atmosphere and pronounced disconnection from the rest of the world.

These unique species (some 3,200 currently identified), also come in different shapes, sizes and forms — with some species boasting gorgeously colored and elongated bodies while others managing a compactly brief and drab trunks, some being extremely venomous and adorable while others posses no venom glands but still manage to look like a cross between two angry demons, and some being extremely impatient and aggressive while other being calm, passive and gentle.

There are also those species of snakes that neither belong to either class of extremes but rather nestle perfectly and comfortably somewhere in between.

Just as there are hundreds and hundreds of snake species that come in different varieties, shapes and forms, there are also different predators in the wild that are perfectly suited for hunting and killing each category of snake.

In this article, we’ll discuss extensively on the different animal species that rely solely on snakes as a crucial or manageable part of their wild sustenance.

We’ll also list out some of the popular snake species in the world and the animals that actively hunt and kill them in the wild.

To conclude, we’ll list out all the defensive mechanism used by different species of snakes to ward off their predators.

So let us begin.

A variety of animals in the wild eat snakes. Birds of preys like eagles, falcons, hawks and other small species of birds like secretary birds eat snakes.

Mammals like honey badgers, mongoose and skunks eat snakes. Reptiles like crocodiles, snapping turtles and alligators eat snakes and the most honorable mention are snakes like king snake and king cobra that of course primarily eat other snakes.

Not to mention, Arachnids like black widow spiders and scorpions, Insects like centipedes and fire ants, water species like giant water bugs, large mouth bass, crabs and crayfish and some species of amphibians like the bull frogs.

In short, almost all the recognized classes of the animals kingdom today have a handful of representatives that hunt, kill and feed on snakes: although one important point must be raised here that animals from the insect class mostly consume snakes carrions i.e they mostly feed on snakes that have died of natural causes or of predation and thus their remains, although some are still capable of killing very tiny snakes.

What form of snake is consumed the most?

Snakes are killed and ingested in virtually all stages of their life cycle from eggs, defenseless babies to fully matured adults.

Larger and more stronger animals often pounce on adult snakes: even though the kill might be very difficult (but the reward is often worth it), and smaller animals usually go for the slimy and defenseless babies and eggs.

Some animals form groups in order to take down a snake prey, others initiate a one on one confrontation while others are simply too powerful for the snake.

In order to familiarize ourselves more with these snake predators and how they are able to pounce on and make a meal off the different snakes they prefer, we’ll be considering and discussing in brief, some the most notable predators below.

But before that, here is a quick list of the snakes predators.

A quick look at some of the snake predators

Mammals constitute one of the primary predators of many tiny and medium sized snakes. Some of the mammalian snake predators include:

These are small terrestrial carnivorous mammals, weasely-like in nature, that mainly consume insects, crabs, earthworms, lizards, birds and rodents. The mongoose can also hunt down and consume other small venomous and non venomous snakes such as black mambas and cobras when the opportunity presents itself.

Mongoose are able to fight and kill non-venomous and venomous snakes like cobras due to their agile nature and fast pace relative to the snakes, their thick hides for preventing cobra fangs from penetrating through them, and the ability to produce glycoprotein that binds to the protein in the snakes venom to reduce it’s potency or make them resistant or immune to it. All these makes the mongoose the very top of any venomous and non-venomous snakes “avoid list”.

The honey badger can also be herbivorous when it needs to and consume nutrient rich vegetation. Honey badgers are very notorious and opportunistic and people in india have observed certain individuals digging up and consuming human dead bodies from their graves.

The species of snakes that badgers regularly consume include young african rock python, cobra and black mambas. They devour their preys completely from skin, flesh to bone and usually hold against the body with their strong fore paws.

The opossum is a regular predator of rattle snakes and pit vipers. Like their mongoose counterparts, they too have resistance against venoms from these snake group and thus are easily able to take advantage of their faster and agile nature to make prey out of these snakes.

Not all opossums have resistance to snake venoms however as this special adaptation is only evident in the Didelphini group of opossums. And thus, not all species of opossums prey on venomous snakes because of this.

Racoons are opportunistic, and they too would eat snakes (the non-venomous ones) when they find them. But they are not active hunters of them. They prey to feed on fish, amphibian and bird or reptile egg and only occasionally eat bird themselves and mammals.

Other mammalian predators of snakes include:

The snake eagle is a powerful but fairly large species of birds of prey that feeds almost exclusively on a wide variety of snakes whether venomous or non-venomous. The bigger individuals of this bird family, the brown snake eagle often consume the heaviest snakes, but it generally picks up snakes indiscriminately.

The snake eagle has natural protection against snake bites which also includes having a thin skinned feet. They monitor their preys from flight, perched up in trees, or hillocks, and then fly towards them for the kill on ground. Preys sometimes can also be picked up exclusively from flight and transported back to the nest.

Heads are usually devoured first before other body parts, and most small snakes are usually swallowed whole while bigger ones are consumed in parts.

The secretary bird is a large terrestrial bird of prey endemic to the region of Africa. It is another soecies of bird that regualrly consume snakes both venomous and non-venomous. The bird usually chase after their snakes with their wings open and their created feathers rasied, and then striking their heads with swift blows from the feet.

Their legs are unusually long which helps provide stomping force nearly 5 times their body weight for crushing or immobilizing their preys. Surprisingly, this contact only happens for around 10 to 15 milliseconds.

Secretary birds like many birds of prey hold down their dead prey with their feet while tearing it apart with their bill. They often swallow the pieces whole.

The red tailed hawk is opportunistic and also preys on reptiles (in addition to mammals and other birds), however, most of its reptilian diet mainly consist of snakes of nearly 40 different species. The snakes may be either venomous or non-venomous, but preference (as studies have shown) seems to be in the non-venomous side.

Red tailed hawks hunt by still hunting or observing prey activity from perches high above. The chase and stomp in agile preys like snakes with their huge feet capable of exerting upto 91kg of pressure per square inch.

They consume their preys similar to the way other birds of prey do.

Other bird predators of snakes include:

Mussurana are large Central and South American species of snakes (themselves) that specializes in ophiophagy — eating other snakes. They are mostly immune to the venom of the snakes they consume, but have been found to be vulnerable to the effects of the coral snake bite.

Mussurana swallow their prey whole and often go for snakes that are smaller then themselves. Their diet notably incorporates pit vipers of the genus bothrops.

Snapping turtles are both prey (with little predators) and hunters in the habitat that they live in. Their diet include both plant and aquatic matter. They eat almost anything their throats can swallow from invertebrates, frogs, fish to reptiles such as snakes and other small turtles and even birds and small mammals.

The alligator is a 34 million years old species of the animal kingdom. It’s diet varies with age and size with smaller individuals focusing on smaller animals like fishes, worms, insects, snails and crustaceans while the larger animals focusing on more bigger preys such as medium sized species of snakes, other reptiles, mammals — particularly muskrat and coypu, and larger fishes.

The kingsnake is a non-venomous constrictor snake that feed mainly on other snakes venomous or non-venomous. They also feed on lizards, rodents, birds and eggs when they can find them or when their primary diet of snakes is scarce.

The kingsnake is especially immune to the venom of the range of snakes it consumes but not necessarily immune to all snake venoms. The kingsnake does not incorporate rattlesnake in its diet. It kills its prey by constriction, exerting nearly twice as much constriction force relative to body size as rat snakes and pythons. This is necessary in order to be able to choke snakes and other reptilian preys that can survive extended periods even on low oxygen levels.

The king on the kingsnake’s name is there to signify its status as a snake killer.

The king cobra is the worlds longest venomous snake endemic to forests from India through southeast Asia. It feeds mainly on other snakes and may occasionally include lizards and rodents in its diet.

The king cobra kills its prey by delivering potent cytotoxic and neurotoxic venom into their blood stream. It may also constrict victims using its muscular body although this method is rarely observed in the wild.

The king cobra swallows its prey whole and after a heavy meal, can go upto two or three month without feeding again due its slow metabolism or rate of energy consumption.

Other reptalian predators of snakes include:

Bull frogs are voracious and opportunistic and often prey on any animal they can over power and shove down their throats, including many small snake species.

Bull frogs strike against their preys with the their fleshy, mucus-coated tongue to engulf the prey and then retract the tongue in order to grab the prey firmly using their powerful jaws.

Other amphibian snake predators include:

Some popular snakes and their predators

No animal eats the king cobra.

King cobra and kingsnake are the main predators of pythons.

Only small baby green anacondas or smaller individual are preyed upon by felids around their regions and even then, only on very rare occasions for example, when the primary source of food for the felids become dwindled.

Anacondas are the heaviest extant and one of the longest species of snakes in the world which is why they are very difficult for any animal to take down.

Despite adult having no natural predators at all, cannibalistic behaviour within the species have been documented on numerous occasion. In one strange but interesting event in the wild a female anaconda (generally larger and heavier), pounced on and killed a male roaming within her territory. Then she consumed his body like she would any prey, by swallowing whole. The reason of this killing however is unknown.

Different snakes react in different ways when approached by predators. Some of these adaptations include: