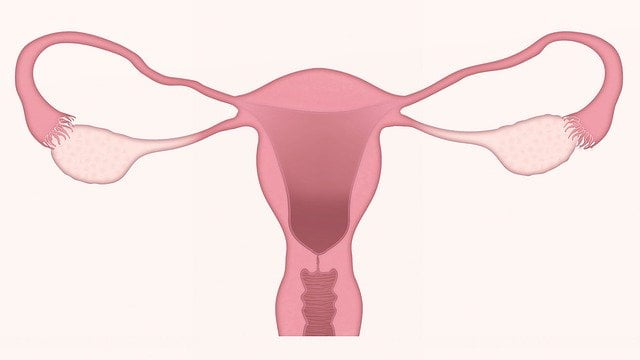 A period is the shedding of the inner lining of the womb visible through the vaginal tract. The shedding is primarily made up of blood and can contain endometrium tissues and unfertilized eggs or defected eggs.

Mensuration is mainly specific to higher oder mammals, placental mammals to be specific, those who have specially built organs called placentals for nourishing their young ones during gestation. There are however, a few observed cases in other mammals different from primates.

Most other females of the mammalian clade undergo an estrous cycle rather a menstrual cycle characterized by the absorption of their inner linings rather then it’s expulsion.

The section below enumerates the current members of the animal kingdom that have been observed to undergo a menstrual cycle.

What animals have periods?

Most mammals that menstruate belong to the Ape family and the new world monkey family. The ape family is divided into two basic groups by the way, they include the Great Apes and the lesser apes. It’s shouldn’t be a surprise that the number  one take on the list are female homo sapiens a.k.a female humans. They grow the most thickest lining of all menstruating animals and bleed the most.

The average female human typically starts menstruating around the age of 12. The general span is usually between 8 on the lower menstrual spectrum and 16 on the higher end of the spectrum.

Periods usually occur about once every 4 to 5 weeks, (28 to 41 days), lasts for about 6 to 7 days and the amount of blood shed out can vary greatly between individuals from mild, moderate to very severe in some cases. Most females typically loose no more than one tablespoon during their period.

Menstruation in female humans can be painful (induces cramp), and sometimes bring about emotional and physical syndrome, (premenstrual syndrome) the likes of acne, moodiness, anxiety, sadness, bloating and acne. These usually subside after a few days. Other members of the Great Ape family, aside humans also menstruate too, but their menstrual cycle is a bit less pronounced.

The occurrence and duration of the cycle varies subtly across different species of the group. Menstruation typically starts after maturity, which happens around the age between 8 to 10 years for individuals in the wild and 6 to 7 years for those in captivity.

The quick maturity in the captive apes is as a result of the fact that they receive more nutritious food than their wild counterparts, which enables them to mature faster.

Here are some of the members and their mestrual cycles. The other group of the Apes, the lesser apes, also known as gibbons, belonging to the family Hylobatidae have also been observed to menstruate. These species typically resemble new world monkeys (regular monkeys) but the characteristic that set them apart and the ones that justifies their ‘Ape-hoodness’ is the lack of tails.

Lesser Apes typically mature between the age of 4 to 5 years and menstruation can start any moment from that period.

Menstrual cycle in gibbons can last for upto 25 days and the duration is usually around 3 days or so. Mestrual bleeding in gibbons unlike some species of great apes, is easily detectable from their underside.

Lesser Ape species include: siamang, the white-handed or lar gibbon and the hoolock gibbons. Monkeys living in Asia and africa

Old world monkeys which include baboons and macaques also have been confirmed to menstruate.

These group are phylogenetically more closely related to the apes than new world monkeys and are thought to have diverged from them about 55 million years ago.

Like apes, menstruation in old world monkeys begin at different ages with the cycle and duration varying somewhat between species. The spiny mouse is one of the few menstruating mammals that do not belong to the higher order primates. It’s a rodent similar to mice endowed with stiff guard hairs similar to the spines of a hedgehog; hence it’s name.

The spiny mouse menstrual cycle ranges between 6 to 10 days with the menstrual period lasting for about three days. No all species of bats have been observed to menstruate. So far, menstrual cycle has been observed in a total of four bat species which all belong to the phyllostomid family. The bats include:

Menstrual cycle in bats can range from 21 to 27 day and periods can last for about 5 days or so. Members of the Macroscelides Family.

Elephant shrew, a species that is strictly native to Africa is also part of the placental mammals with overwhelming evidence from research that indicates menstruation in them.

Menstruation cycle and period in elephant shrew lasts for nearly the same period as observed in humans.

Bunu. M. (2020, May 25). What animals have periods?. Retrieved from http://emborawild.com/animals-that-menstruate/