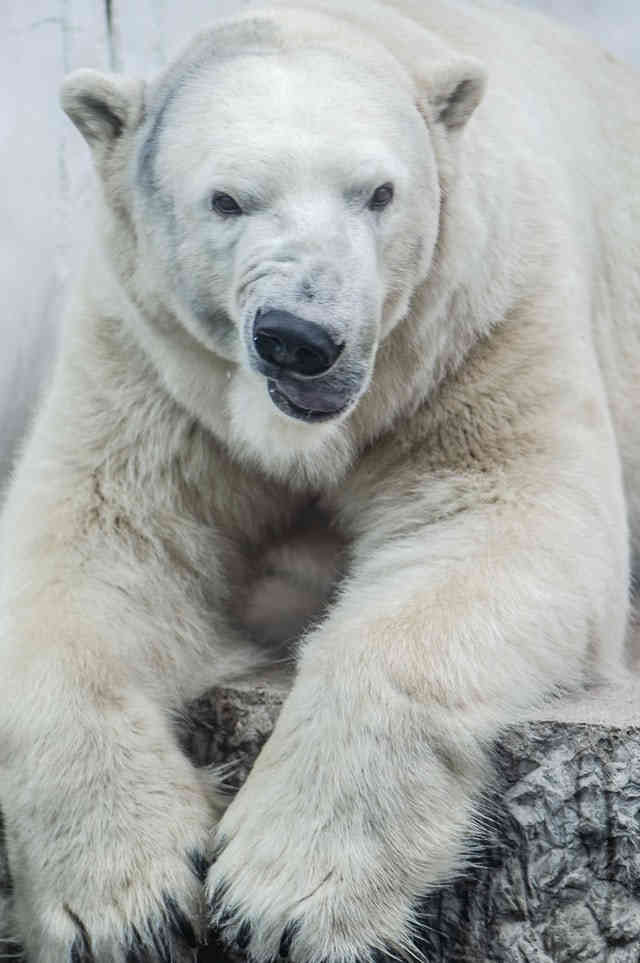 Polar bears are all white and flashy. But are their inner intentions constantly as clean as their glorious pelages suggest?

In this article, we’ll be discussing about the possible threats (if any) that polar bears could pose against humans. You’ll get to understand whether polar bears are safe to approach, hug, groom and pamper, or the minimum distance of Alaska to New York is a much better alternative.

Polar bears are extremely dangerous animals to have an encounter with. They are highly skilled apex predators, perfect for killing marine seals, and can be highly unpredictable when confronted by humans.

Several fatal attacks have been recorded across the polar arctic circle, with many observed to be depredation events while others were simply defensive natured or based out of curiosity.

Polar bears are members of the ursidae family, sister clades to brown bears, and are widely regarded as the largest land predators currently in existence today, only rivaled by the kodiak brown bear of southwest Alaska.

They are also the most carnivorous member of the entire bear family, feeding almost exclusively on ringed and bearded seals while using different techniques such as still-hunting, raiding and aquatic stalking to observe and catch them.

Being the apex predator of the polar Arctic, and given a near equally pronounced periods of fasting and feasting, polar bears are constantly on the hunt for their next big kill.

Here’s what we mean by near equally pronounced periods of fasting and feasting for some polar bears.

A huge population of polar bears in the arctic wild rotate from fasting to feasting as the yearly clock ticks. What this means is that polar bears in such boats experience rotational periods of food abundance and scarcity.

The periods of biological productivity (or food abundance) happens from late autumn to late spring and sometimes early summer when sea ice platforms are available for polar bears to use and hunt seals in the waters.

The most prominent period on the feasting calendar is the ultimate feasting period which occurs during spring when pregnant seals preys are pupping on the bare sea ice and exposing their defenseless new borns to hungry polar bears. This is the period when polar bears have the most abundant of food, even to choose from.

During the ultimate feasting season, polar bears gather as much body fat as they can and when the fasting season arrives (occurring throughout summer and stretching into early and mid autumn), polar bears depend solely on their accumulated fat reserves to survive for this long of a duration (nearly seven months).

During this period, most species migrate off shore to try their luck on whatever living and breathing mammal they can lay their paws on. And this is when they are most likely to square up with people, even though nowadays, human activities are now receding deep and expanding into the habitats of polar bears bringing them in closer proximity with more and more humans.

Now back to the main gist. Because a huge majority of polar bears in the wild are constantly on the look for food, especially during summer, an unanticipated encounter with a very hungry polar bear: especially when it’s a nutritionally stressed boar, can prove to be very fatal.

These species lack any intense prior interactions with human beings and are practically fearless towards them, unlike some species of Northern bears.

They are relatively big enough to envision humans as their potential prey and will not hesitate to go after them, even with guns or deterrents at the human possession.

Just for knowledge sake, adult male polar bears typically weigh around 300 – 700 kg, around 5 to 11 times the size of the average human.

Females typically weigh half that size but can reach up to 500 kg when they become pregnant. Adult males can measure between 2.4 meters – 3 meters while standing on their hind legs, and females measure up between 1.8 meters to 2.4 meters.

Based on previous events and published researches and literatures, starving polar bears usually kill their human preys by inflicting major wounds to their heads and necks, similar to the method they use to kill their prey of bearded and ringed seal. Then, they proceed to open up the body and start off with nutrient-rich organs and body fats before anything else.

In most of the fatal attacks documented in scientific literatures, those which lead to the instant killing of the human prey by the predator, the bears were observed to silently stalk on the victim while desperately ensuring they went unnoticed, then they began approaching with no sign of curiosity or hesitation (even when sprayed at or bangers were shot into the open air), followed by a fast head down rush.

What about well fed polar bears?

An attack from a satiated polar bear (male, female or subadults) is extremely rare and often occur as a result of provocation or disturbance. These can be in the form of forceful physical contiguity, suddenly surprising the bear, attempting to feed the bear, frightening the bear, ran from the bear or wanting to hunt it down [1].

These attacks are less likely to turn out as fatal, lengthy and persistent as a those from a hungry polar bear, but even so, just the mere sight and vocals of an angry bear is godawful, talk-more of its mauling.

Stay away from my baby

Another form of polar bear attack happens when an mother bear perceives sudden threats to her cubs. She becomes extremely reactive and over protective of them, attacking and mauling whatever comes their way.

A research published on the Wild life society bulletin in 2017 confirmed that nursing polar bears rarely attacked humans with predatory intent. Most attacks from their end came from instinctive defense, when they felt their cubs were bothered or exposed to threat from the approaching human.

Other types of attacks and attackers

The only life-cycle form of a polar bear that on their own, pose zero threats to humans are the juveniles, they are super tiny compared to mature bears and are virtually defenseless and vulnerable. While true that cubs cant pose any threat to humans on their own, they are certainly the cause for a good number of polar bear attacks in the polar bear arctics.

Even polar bears kept in zoos are not safe to play with. There are known incidents of polar bears in zoos attacking visitors and in some cases even biting off or a chunk from their arms.

How can you deter a polar bear when you unfortunately find yourself with one?

Polar bears are often more difficult to deter than other bears (due to lack of any intense prior interactions with humans).

Attacks can most effectively be avoided by using pepper spray (which is known to be 100% effective). Firearms or securing safety in enclosed areas such as cars or tents would also work but not even with a 50 percent certainty.

Non-lethal deterrents like flares and bear bangers or hoodwink strategies to make oneself appear bigger and larger are usually not as effective as they are on other Northern bears.

Walking in groups is also not an effective strategy to prevent polar bear attacks since they are used to invading and attacking seals and walruses in their huge numbered groups.

Aftermath of a polar bear mauling and attack

Polar bears are extraordinarily powerful, capable of crushing the huge skulls of seals with one simple bite. The result of human polar bear attacks is almost always fatal.

If the victim doesn’t perish (and is immediately devoured) instantly from the attack, they are often left with large lacerations, fractures, deep wounds and infections that are physically detrimental (as a result of the infectious mouth and teeth of the polar bear).

Despite their vicious nature and aggression towards humans and their prey, polar bears are not territorial. They constantly choose to avoid fighting with one another (because they easily overheat) and are sometimes even observed sharing the same kill with one another.

When the interested individual sights and picks up interest on the fresh kill of another bear, the bear simply runs over and smells the nose of the other — communicating its humble interest and seeking permission perhaps. If the owner of the prey killed agrees, the two share the kill if not, the approaches is chases away from the food.

The only period when polar bears are observed engaging in serious fights is when something extremely valuable to then is at stake, for example, when males are are defending their mates from other interested parties, or when females defend their cubs from cannibalistic males.