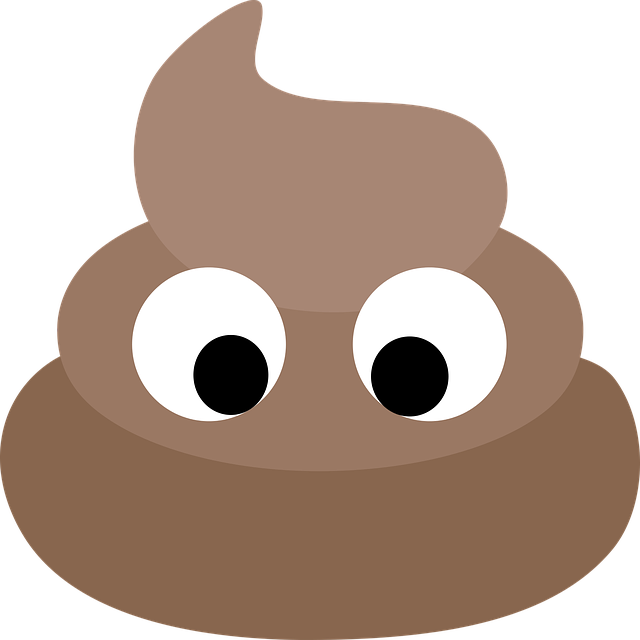 How do sloths poop? Sloths live in the trees but in order to poop, they must descend from the safety of the canopies to the base of their favorite tree. They observe a holistic poo dance to clear up space for their scats, then they poop and cover up their business with a quick truffle shuffle.

Feeding and digestion in sloths

As with every other mammal on the surface the earth, digestion process in sloths begins with food ingestion. Sloths feed primarily on tropical leaves, particularly the younger ones that are fresher and more mushy.

The tropical leaves that sloths feed on are naturally tough to digest, they contain numerous toxic substances and are pretty low in calorific contents. It’s only with the help of microorganisms in their stomach that these leaves are broken down into their component substances and taken up into the blood stream for diffusion.

To give you an idea of how extremely slow the digestive systems in sloths are, i’ve dug up a really interesting fact from an old scientific literature published in 1987. The authors of this literature claimed that the sloths digestive system is so slow that food takes ten times longer to pass through a sloth than through a cow. Now that’s some holly molly exaggeration!

In real experimental data, it’s observed that the interval between food ingestion and excretion in sloths lies somewhere between 150 hours to 50 staggering days, make comparison with that of a perfectly healthy human and you’ll find that the difference is somewhere between 2 to 47 days. On average, thats 25 days on stretch.

Because of the deliberate rate of digestion in sloths, their four-chambered stomachs are constantly filled near capacity with manducated leaves, and as such, there is very little capacity allotted to them (at any given time) for food intake; digesta leaves must move out from the stomach into the small intestine before any leaves can be ingested. Sloths eat about a third of what arboreal mammals their size are expected to consume in a single day.

Metabolism, which comes indirectly after digestion isn’t any faster in sloths either, in fact, and especially in the species of the two toed sloths, metabolism is the lowest recorded among all living mammals.

The slowness can be attributed to three major factors (in whole or in parts) outlined as follows: first is the low calorie content of their leafy diets which supplies very little amount of energy after its digestion, second is their possession of an anatomical structure that naturally demands low metabolic rate, and third and final is the toxicity of their food which requires low rate of absorption for adequate detoxification.

Metabolism in sloths is around 42 to 45 percent of the value expected of mammals their size and it’s the chief reason why sloths are naturally deliberate and slow, not because they’re some lazy ass joe!

After the super-extraordinary length of time its takes sloths to fully complete a digestion session, around a week or so, its time for their bathroom.

Slowly and unhurriedly, sloths begin to climb down from the safety of their trees until they reach the bottom. At that position, they root their claws firmly into the tree trunk, anchoring themselves well in position, and begin to wiggle their hips from side to side in an attempt to carve out a hole for their droppings. This holistic behavior, referred to as poo dance, is only observed in the three fingered species because they posses more prominent tails that can help with the scraping process.

Two toed sloths on reaching the ground and anchoring themselves properly in the hugging position begin to defecate instantly, no wiggle, no wasting of time. The habit of pooping right from the safety of the canopies have even been observed in some species.

After the wiggling ritual from left and right, sloths begin to defecate: simultaneously urinating and firing out a dense solid substance which resembles the shape and color of a rotten banana from their tract. The scat ozzes an unpleasant smell (not like we expect it to scent or something) and if you were present there you’ll definitely smell it. Scatting in sloths only take a few minutes to conclude.

It is said that a sloth can store up to one third of its body weight as feces and loose close to this amount after a successfully healthy scat. Many say that their stomachs can physically be seen to shrink in size while they defecate.

After minutes or so of scatting, — and praying that a wild hungry predator doesn’t accidentally show up on site, sloths close their bathroom session in style; a quick truffle shuffle on their droppings and they are back on their way into the safety of the canopy.

Why do sloths poop on the ground?

Why sloths poop on the ground is a truly important and logical question given the fact that the so called ‘poo ritual’ has been proven energetically too costly and fraught with heightened risks of depredation. According to a research conducted in 2013, more than one-half of all adult sloth mortalities they (the researches) observed in their field study happened as a result of depredation events when sloths were at or near the forest floor [1].

If so, why then do sloths then descend to the forest ground to defecate when they can easily drop their scats from the safety of the canopies? Other arboreal mammals the likes of howler monkeys and tree kangaroos follow this pattern. So why risk your precious life on a journey that could easily be alternated?

Sadly, the answer to this question is still what scientist are trying so hard to figure out till date. Of course, just like with many other scientific problems out there, there are close to a dozen hypotheses published by scientist seeking to explain why this strange bathroom habit occurs, some make perfect sense while others are disproved by new research findings and hypothesis.

But even so, none of these hypothesis actually have any strong basis to support the claims made and prove to why sloths prefer to risk their lives and poo on the forest ground.

Just for knowledge sake, here are two of the most prominent hypothesis seeking to explain why the sloths poo journey occurs.

This hypothesis set out in 2014 claims that the weird bathroom habit of sloths is an effort to sustain the ecosystem thriving in their pelages. According to the literature, sloths house a specific group of insects on their pelages referred to as sloths moths, and these creatures help provide them with nutrients directly and indirectly, boosting their currently limited nutrient profile.

By descending to the bottom of their modal trees to defecate, sloths transport these moths to their reproduction sites which happens to be the sloths dung. The moths reproduce and larvae turn to adults which ascend back into the trees to colonize the sloths fur. In this way, the life-cycle of the nutritionally beneficial moth is assisted by the sloth and means of sustenance (of the sloths) improved.

2] A way of communication:

According to Dr. Rebecca Cliffe, a sloths biologist and founder of The Sloth Conservation Foundation, this strange bathroom behavior of sloths is their means of communicating with one another.

By tracking and identifying the type of scents (pheromones) on dungs, sloths can identify potential individuals that are willing to mate or associate (mainly with females).

She believes that sloth scats carry important messages such as the ones mentioned above, and these messages can be easily lost if dropped from trees, which is why the individuals despite the heightened risk of predation and the energy constraint presented by the journey, descend all the way to the bottom of their modal trees to pass the message.

How much do sloths poop?

Sloths poop more than 1/4th their entire body weight in one sitting. In a rough estimate, and first given that the average weight of a fully fed sloth is around 4.5kg or so, sloths poop a healthy 1.2 kg of their weight one sitting, thats quite alot!