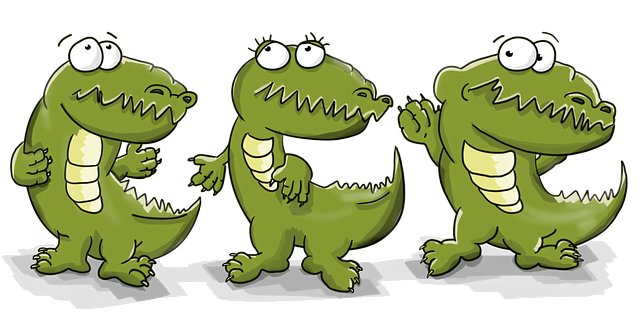 Crocodiles are very social animals, in fact, they are the most social of all reptilian species and can be found congregated in huge numbers when basking or feeding.

Groups of crocodiles are called a bask because that’s literally what they do, they bask in shorelines or on top of trees, under the sun. In case you’re wondering what basking means, it’s to lie exposed to warmth and light, typically from the sun, for relaxation and pleasure — According to Dictionary.com.

Crocodiles do this primarily to regulate their body temperatures. Because they’re one of the cold blooded members of the animal kingdom — which means that they have virtually no control over their body temperatures and that it varies according to their external surrounding, crocodiles must come out from the waters and lie directly under the sun during cold days to prevent their internal temperatures from dropping so low.

Crocodiles readily absorb heat into their bodies despite having thick armor skin. This is made possible due to the small network of capillaries present in the armor skin which allows blood flowing through them to readily absorb the heat.

When crocodiles get too hot during basking, they discharge heat through their mouth by opening it wide and sometimes panting like dogs. This helps by a great deal, to prevent their brains from overheating as they bask.

As for the “float” term of venery, that one is self explanatory. Crocodiles live and float on water, lying secretly in order to attack preys coming to the shorelines to grab a drink. Thats why they’re called float.

How many crocodiles are in a bask or float?

As little as two and as large as 20 individual crocodiles make up a bask or float. This group includes males and females and young, although in a more territories species like the salt water crocodiles, only the dominant male and his females along side their young one make up the group.

What is a group of baby crocodiles called?

A group of baby crocodiles is called a hatchlings, pod or crèche.

Crocodiles are probably called crocodiles because of their basking behavior. The term crocodile is an Ancient greek word which means lizard.

The term also has many other variation part of which is the crocodeilos, which is pronounced the same as crocodilos in the Koine greek of roman times.

Eeither of the two words might have been the compound of of krokè (“pebbles”), and drilos/dreilos(“worm”) — which would then imply that they made reference to basking behavior of the animal, i.e crocodiles basking on rocks and pebbles.

Names of some body parts of crocodiles

Bunu. M. (2020, October 30). What is a group of crocodiles called. Retrieved from http://emborawild.com/chipmunk-baby/