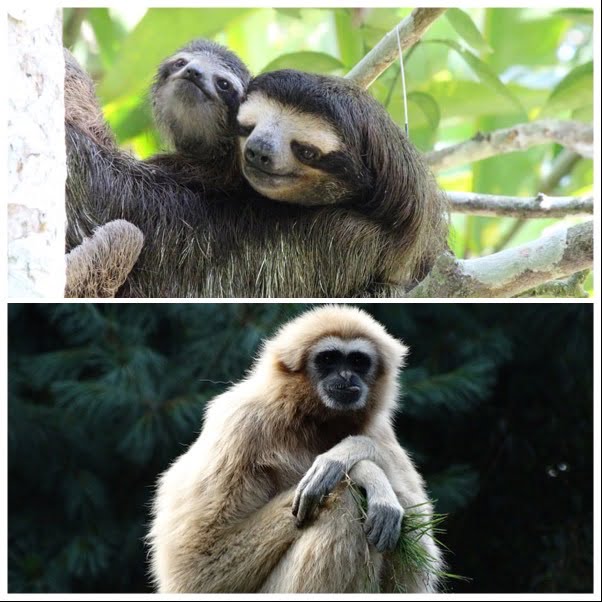 The parting between Xenanthra (the sloth group) and Boteoeutheria (the monkey group) happened approximately some 100 million years ago. Before this time, all sloths would be monkeys and all monkeys would be sloths. In reality however, neither of the modern day species existed before this timeframe.

In this article, we‘ll be looking at the taxonomical classification of sloths and show you how they differ from the modern day group of monkeys. Keep reading.

No. Sloths aren’t monkeys and monkeys arent sloths. The earliest group of sloths and monkeys separated some 100 million years ago. Three major clades of placental mammals exists, (the last main group where the monkey-sloth split happened). They include:

Sloths are proud members of the Xenarthra clade whereas monkeys belong to the Boteoeutheria clade. Many features and characteristics exist that distinguishes members of one clade from the other and we shall be discussing them at the end of this article.

Taxonomical Classification for Sloths and monkeys

Both sloths and monkeys are placental mammals, one of the three major clades (or groups) of the mammalian class. The other two include: monotremes and marsupials.

Mammals: All animals that share these basic characteristics: have specialized apocrine sweat glands called mammary glands for producing milk for their offsprings (especially in females), a neocortex region of the brain responsible for sensory perception and cognition (to mention a few), molar set of teeth among their dentition, hair or furs at any life-cycle stage of their lives (which can take different forms such as quills, coats, or whiskers), single bone in their lower mandible or jaw that fixes to the skull and allows for more power and stability during chewing and grinding, and finally three bones in their middle ear region (among many other traits).

Placental mammals (placentalia): A type of mammal that grows a specialized organ called the placenta used for nourishing and protecting their young during gestation. The group got its name form this organ.

Marsupial mammals (Marsupialia): A type of mammal with a rudimentary placenta. They give birth to an underdeveloped young and nourish it in a pouch located somewhere on their bodies (usually on their ventral sides on the lower body regions) until they fully mature and learn to become independent on their own.

Monotreme mammals (monotremata): A type of mammal that give birth to their young ones by laying eggs. They nourish these young ones after birth with milk that squirts out impatiently from their underside.

The placental group contains all mammals that develop placenta during birth. Under this group, three major clades also exist. They include: Afrotheria, Xenarthra, and Boteoeutheria. Both sloths and monkeys occupy different clades within this broad group. Sloths are Xenarthra mammals while monkeys are Boteoeutherian mammals.

Under the Xenathra group, 31 distinct species exists which are shared between three animals: anteaters, sloths and armadillos. For the Boteoeutheria, over 2000 species are identified spread across numerous extant animals: From monkeys, apes, deer, to elephants, whales and even we humans: only one specie of humans exists though.

How Xenanthras differ from the monkey group