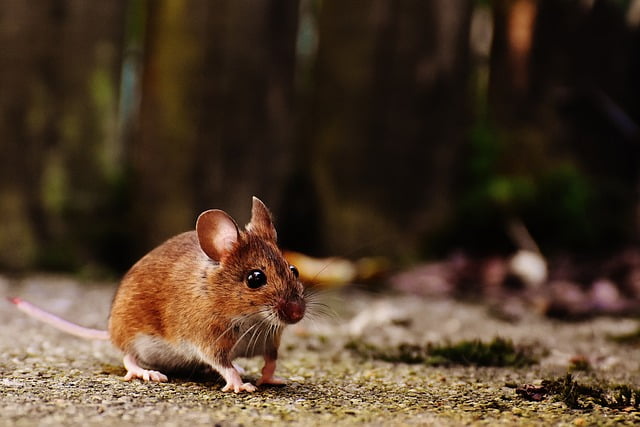 A majority of the animals identified as “true hibernators” are small stumpy animals that ‘nearly’ resemble mice and rats in their  external size morphology.

They have tiny compact bodies with large surface area to volume ratio which means that they easily give off body heat and feel the impact of cold more avidly than larger animals.

Before we progress any further however, we first need to knock off a false, strong and emerging notion quickly out of your fairly boxed head. “Resembling mice and rats in their external size morphology” doesn’t necessarily mean that rats and mice are also among the few animals classified as true hibernators.

In fact, and to our absolute misery and greatest annoyance, mice and their bigger rat relatives never “sleep-out” throughout the entire period of winter.

They remain active all winter round, foraging, feeding, mating and damaging properties like they would in the summer. Breeding usually happens when winter conditions are warm and cosy enough.

In the next section, you’ll develop a better understanding of how mice are able to persistently and annoying survive the harsh conditions of winter.

No, mice do not hibernate during the winter season. This is unlike the many warm and cold blooded hibernators they resemble fairly in external size morphology and also surfer the same winter constraints as.

Mice are small and give off body heat more readily and swiftly to ambient surroundings than larger animals — all thanks to their very minute and compact bodies.

This means that in the winter where ambient temperatures cool considerably low relative to the summer levels, their bodies become hotter than their surrounding and consistently give off heat until the two temperatures eventually match, theoretically. (Second Law of Thermodynamics).

Now mice are mammals and they do have some energy saving adaptations like possessing body fur and hiding in complex underground burrows, but winter is severe and unless they are able to go out amid the intensely frosty conditions of winter and forage extensively in order to replenish the constantly lost energy needed to maintain their internal core temperature at 37 degrees, (the energy is lost as body heat); by walking bare footed on ice cold snow and feeling the impact of chilly precipitation like a broken malaria patient observing a frigid cold bath, mice would quickly perish to their demise due to a negative heat balance. (Now breath slowly, yess… there you go).

Or, unless mice are able to somehow completely shelter themselves but still find a way to eat food and maintain a optimal heat balance with their ambient surroundings, without hibernating, they’re as good as being blind and standing in front of a hungry mother python.

This is the same energy constraint that most true hibernators face during the winter season, the likes of squirrels and bats. Most of them inaddition to this increased energy budget, also suffer from a compounding problem of food scarcity. So for these animals, their main food items becomes extremely scarce and foraging for these scarce food becomes energetically too costly.

Dwindled food, cold weather and consistent heat loss means that have to device and come up with an energy efficient strategy in order to survive these hard times. Otherwise, the second and final alternative is death on a cold sunken stomach.

The solution, it’s hibernation. Build sufficient fat reserve and then repress many physiological activities so as to demand less food and drink little to no water. The result? staying alive till winter.

So even if winter comes and their forage becomes scarce and bodies eagelry loose internal heat to the ambient surroundings, mice are still able to somehow find a way to hide, eat and maintain body heat balance.

In the next section, we’ll see the winter survival strategy that different mice species adopt.

How do mice survive winter?

Mice living in the savanna and grassland region of the world burrow deeply into the soil but remaining above water level in order to survive winter.

Their burrows are often complex, globularly shaped and lined with dry vegetative materials. Mice loosen soil using their front incisor teeth and deposit the debris using their mouth outside the burrow entrance.

They may also stack loosen soil in their burrow entrance and then push out the pile using their hind legs.

Mice often forage extensively and store enough food in their burrows during late summer and early fall when conditions are beginging to take turns for the worse.

In the wild, mice are mostly herbivores, consuming plant materials such as fruits, seeds and cereal grains, but some species can also consume smaller invertebrates like adult beetles and worms.

What mice store in their complex burrows are mostly plant materials. They store enough food reserve so that when winter comes knocking with full force, they hide expertly within the comforting expanse of their burrows and hardly ever have to go out to forage, except when they need to drink water.

Mice by the way require less amount of water than food, and get almost all their water from digesting their food.

When their food diminishes before the winter climate disappears, they emerge out unhesitatingly from their burrows; walking bare footed on biting snow flakes in search for anything edible that can also sustain. Mice mostly forage and avoid predators using their sharp acting sense of smell.

Their predators include cats, wild dogs, foxes, birds of preys, snakes and certain species of arthropods.

2) Pack and live with us as temporary or permanent residents

Yes, and this happens to be the most common option for most mice living closer to urban environments. They are capable of adapting well to urban settings; thanks to their ability to forage on almost anything when plant materials are scarce.

They simply pack all their belongings and move into any apartment that meets their standards: warm, cosy, and has lots of garbage and store or pet foods.

Migrating mice pack a lot of disease causing parasites with them. They enter into homes using cracks and cervices along doorways and foundation and reside mostly in hidden areas such as storage rooms, attics, lofts, ceilings and wall interiors.

Mice at homes cause alot of structural damage in addition to their spread of disease. They are often considered as vermin animals and must be eliminated using traps or professional evacuators.

Because the condition in heated homes, specifically in the areas they choose to reside are mostly warm and food rich, most mice can mate and give birth to young ones while observing their winter leaves there.

They can give birth to as much as 12 offspring per litter and as often as every 28 days.